The UK Armed Forces Sports Awards took place on Tuesday 10th March at RAF Club, London. The winners of each Armed Forces within the category were up against each other to be crowned UKAF Sportsperson of the year in their respective fields.

Sportswoman of the Year was won by Army Sportswoman Sgt Danielle Hodgkinson, Athletics. The other two nominees up for the award were Lt Commander Lauren Hulston from the Royal Navy for her achievements in golf and the RAF’s star triathlete Flying Officer Hannah Dodwell. Although Sgt Hodgkinson could not be at the Awards, as she is away on a training camp, she had written to say “to have achieved this after years of training and competing with many ups and down, proves to myself and hopefully to others that we should never give up on our aspirations and on the things we truly enjoy, because perseverance ultimately pays off”.

Able Seaman Sam Matavesi, Royal Navy, triumphed over his RAF and Army competitors to win Sportsman of the Year. The Fijian International and Northampton Saints player said this award was “very special. I think, when you get somewhere like this, you respect what happened before and what you’re doing now”. He was chosen above Army boxer Lance Sgt Natty Ngwenya and RAF’s Sgt Pete Ellis, triathlete and duathlon international.

UKAF Official of the Year went to Chief Petty Officer Scott Jackson of the Royal Navy for his work in football. He is the top football official in the senior service. The other nominees that were up for the award were Lieutenant Colonel Naivalurua from Army Rugby League and Wing Commander Sam Moss, nominated for his commitment to RAF Cricket.

The UKAF Team of the Year went to the UKAF Netball Team after an incredible year where they won their first international tournament on the Isle of Man. The UKAF Netball Team came out on top against the RAF Women’s Rugby and Army Women’s Athletics team who were also nominated. Sgt Nordia Masters, UKAF Netball Captain, is all about team work. Even when receiving the award she could only think about having her “team up here as Netball is a team sport and we achieved it as a team. But the feeling was just amazing.”

The guest of honour at this year’s ceremony was England men’s Football Manager, Gareth Southgate. He spoke about the inspiring military athletes able to compete at such high levels:

“It’s an honour to be asked to present the awards. inspirational stories of course. we have a, hopefully, strong attachment to our armed forces. we recognise the jobs they do day in day out but also it’s nice some are able to combine with a second career as an athlete to a really high level. that takes huge commitment and dedication. Lovely to be able to be here and hear their stories and to present their awards.”

Mr Southgate went on to praise the athletes at the awards for their commitment to both their military careers and their sporting achievements:

“The fact that people are able to commit to two careers almost is inspiring in itself. I think sometimes you only have one focus and you realise, or don’t realise, other people are competing to a high level in sport and keeping a very important role as well within the military. It’s always great to share those stories.” 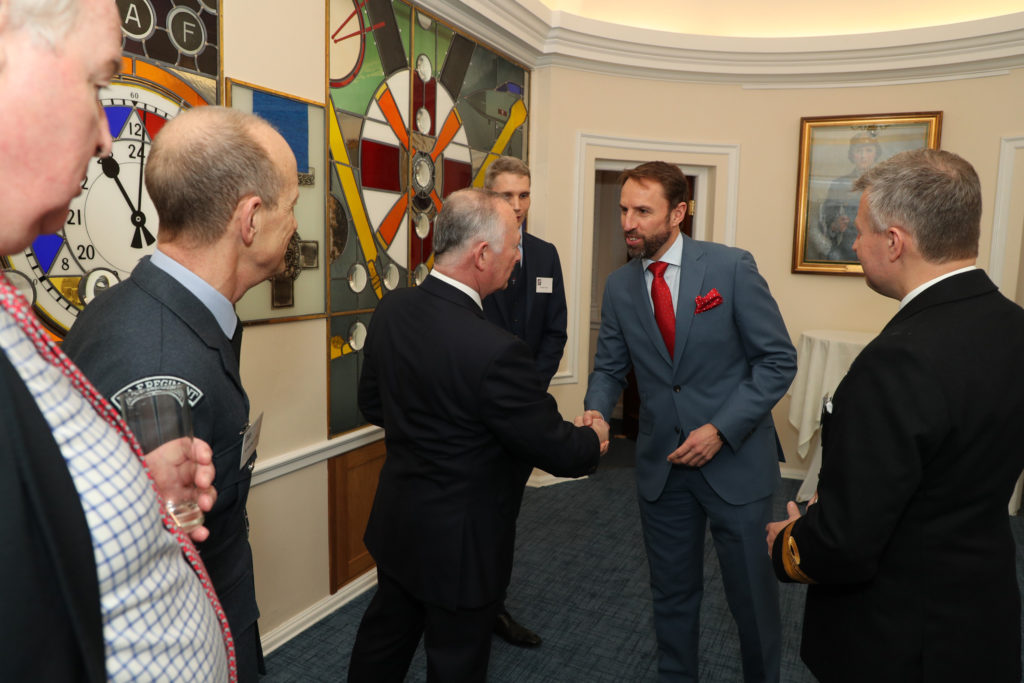 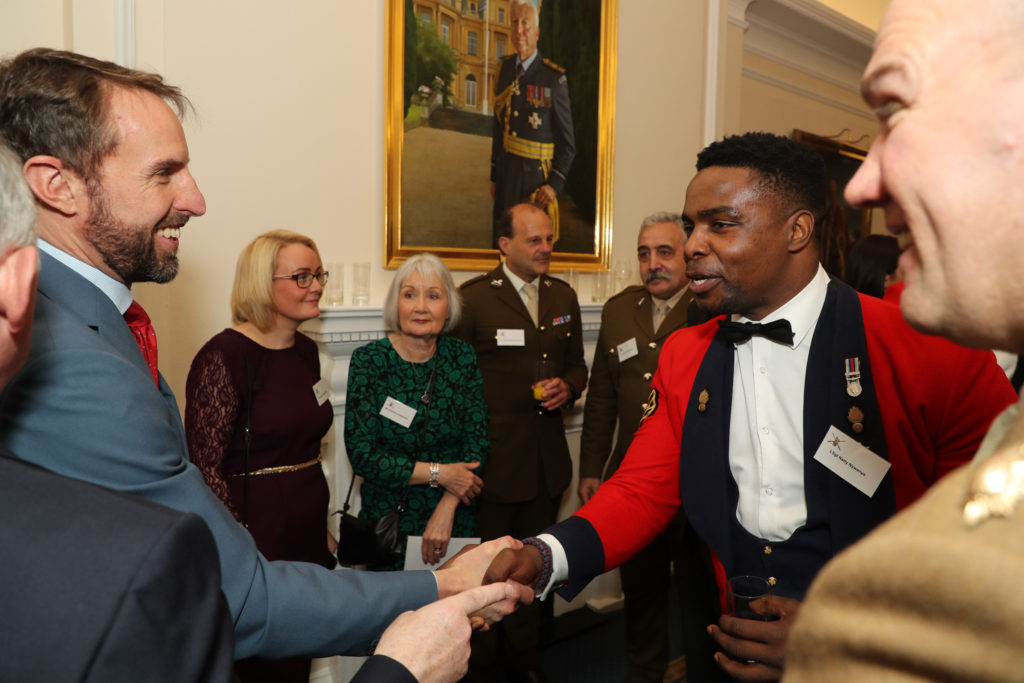 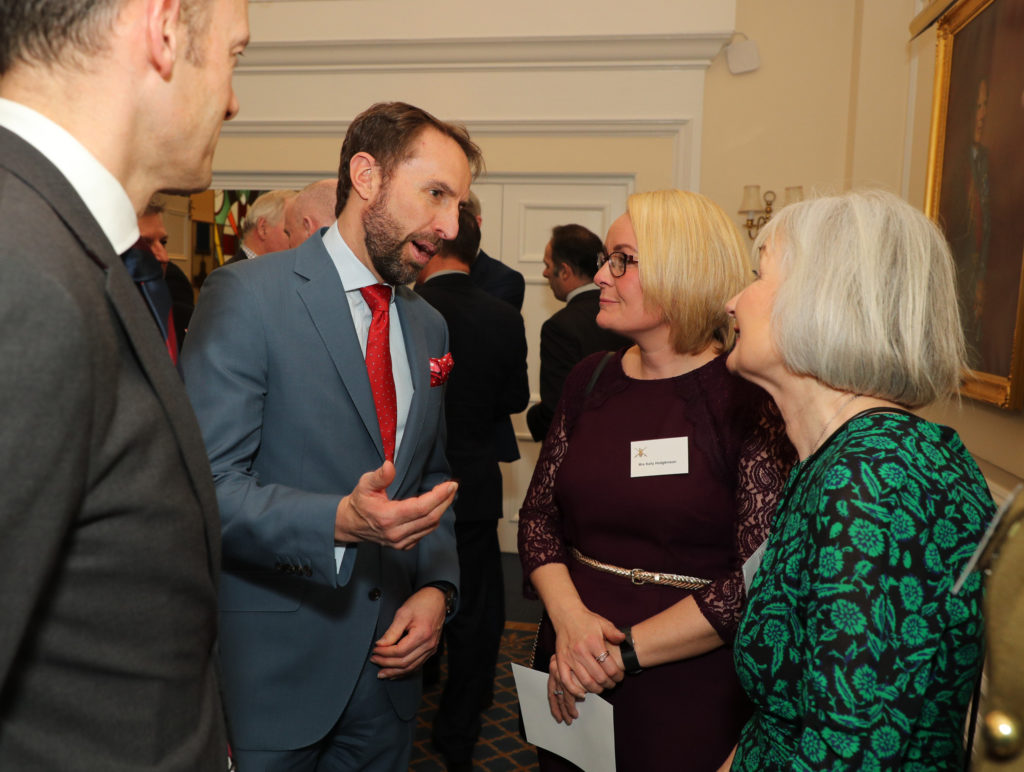 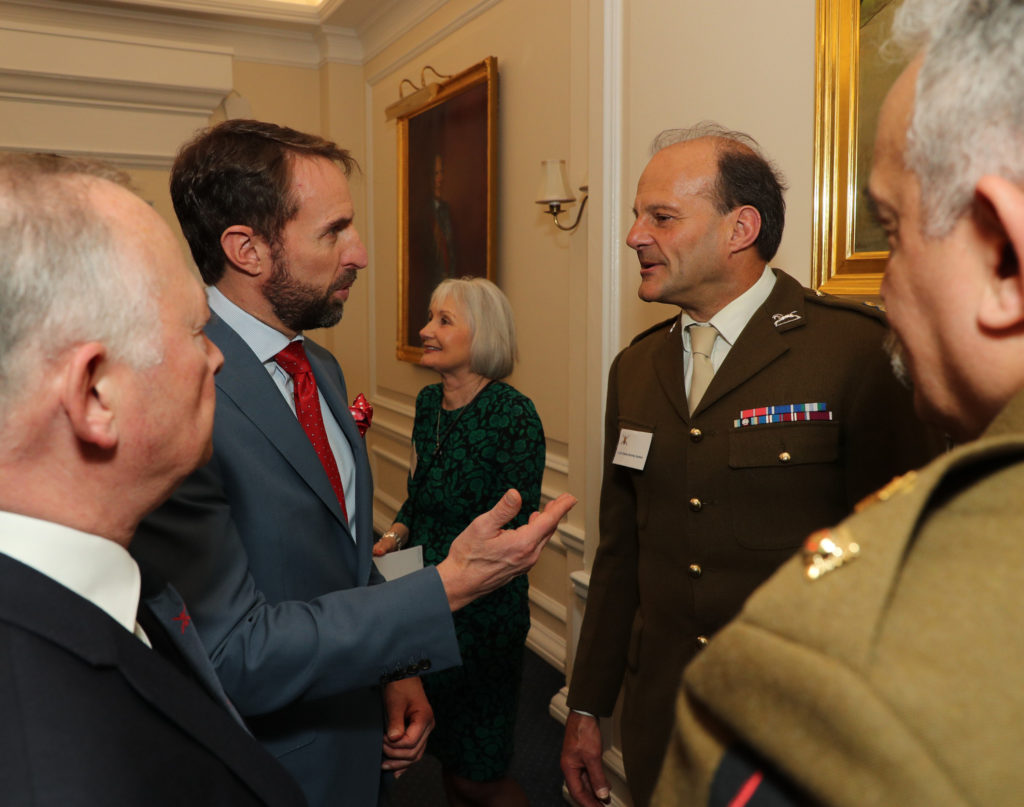 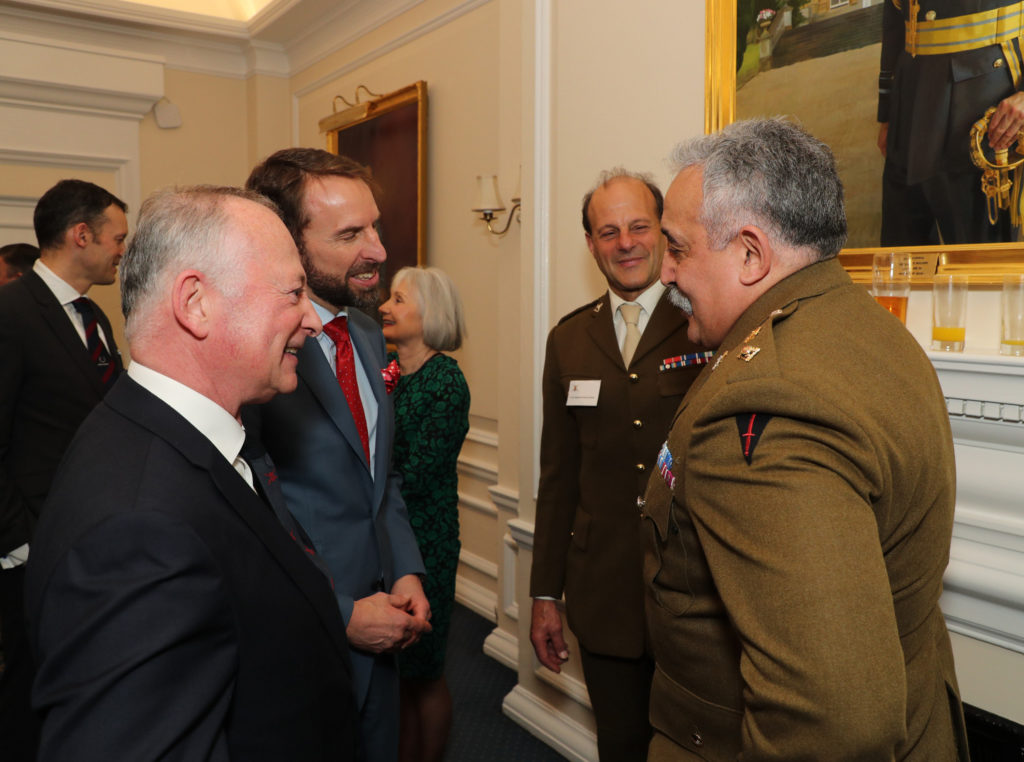 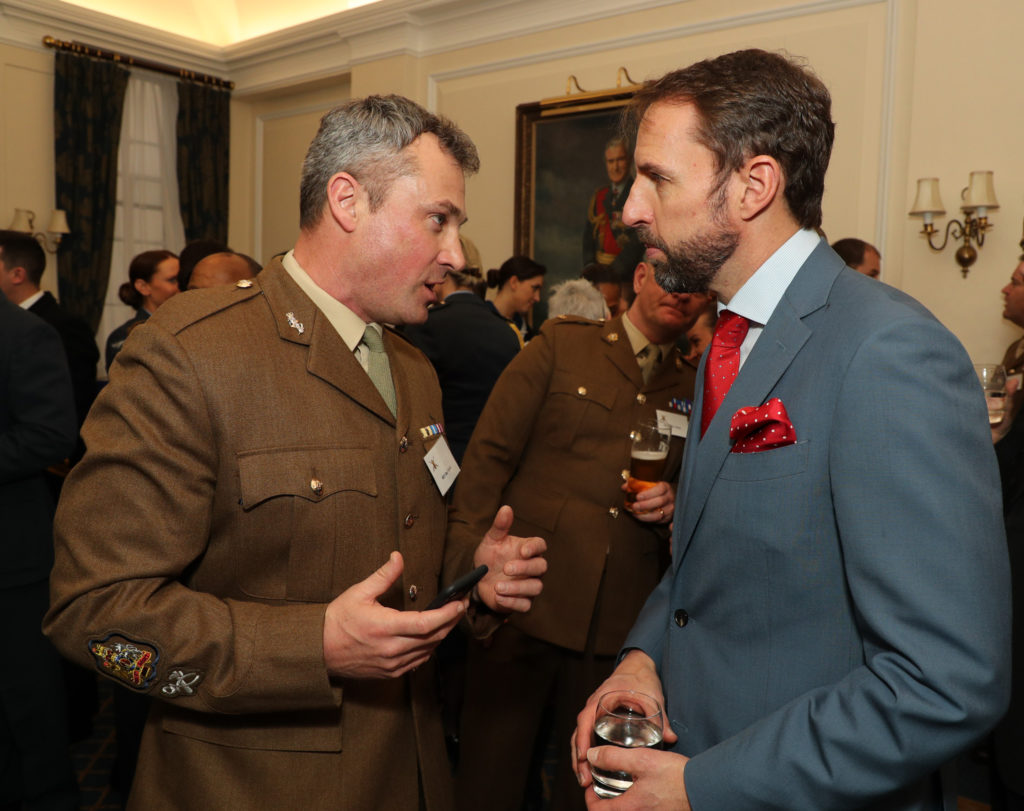 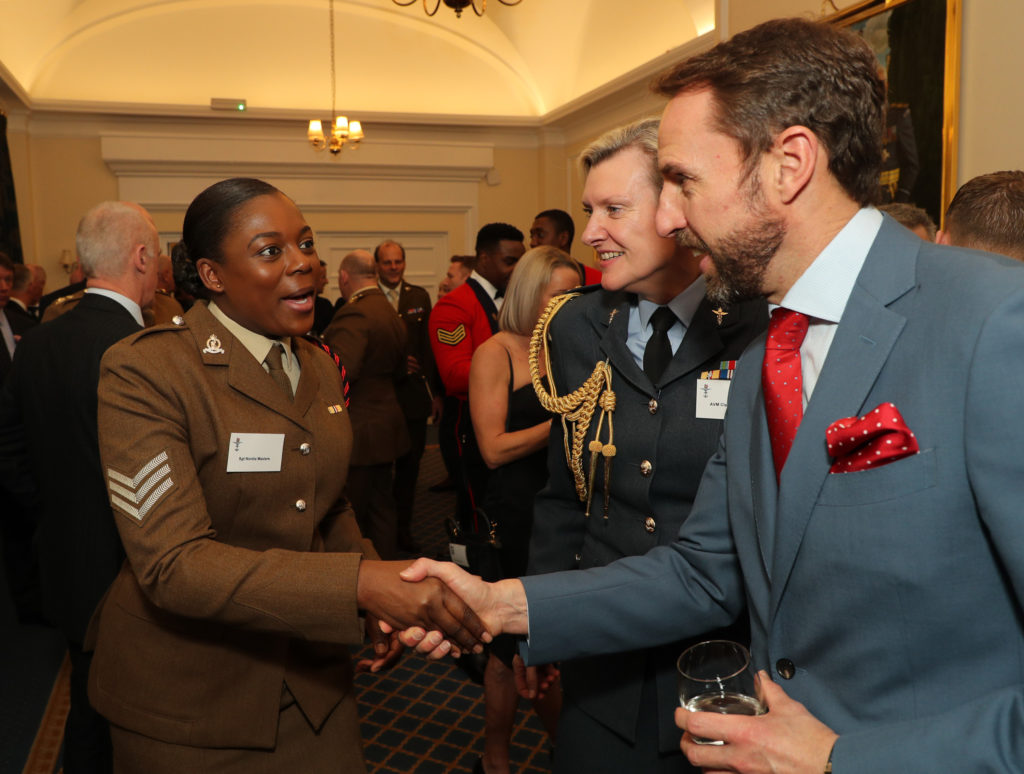 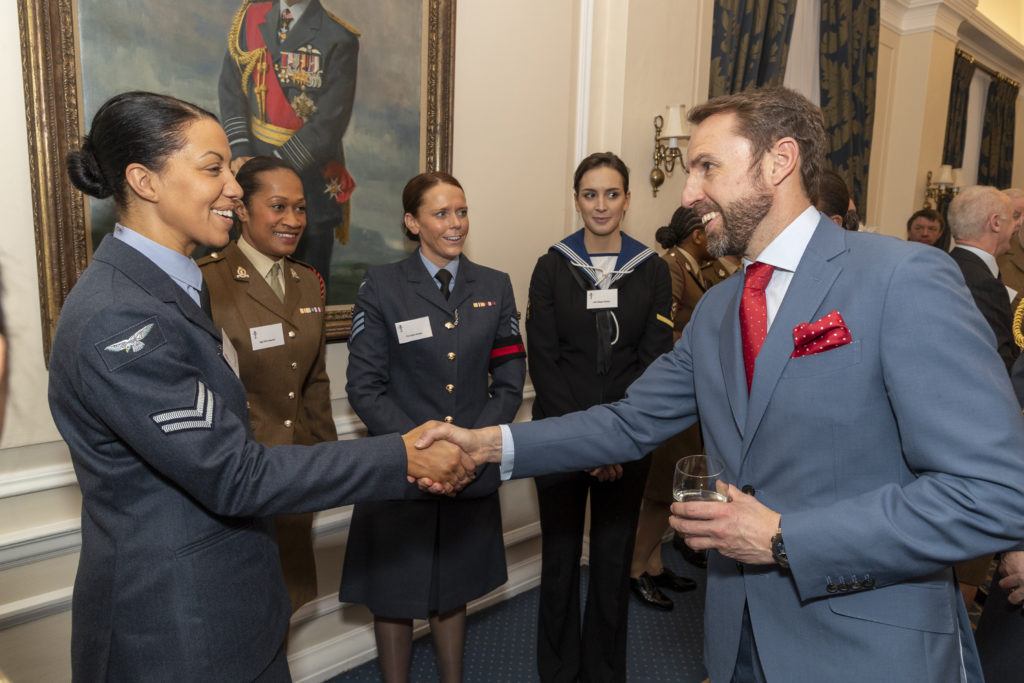 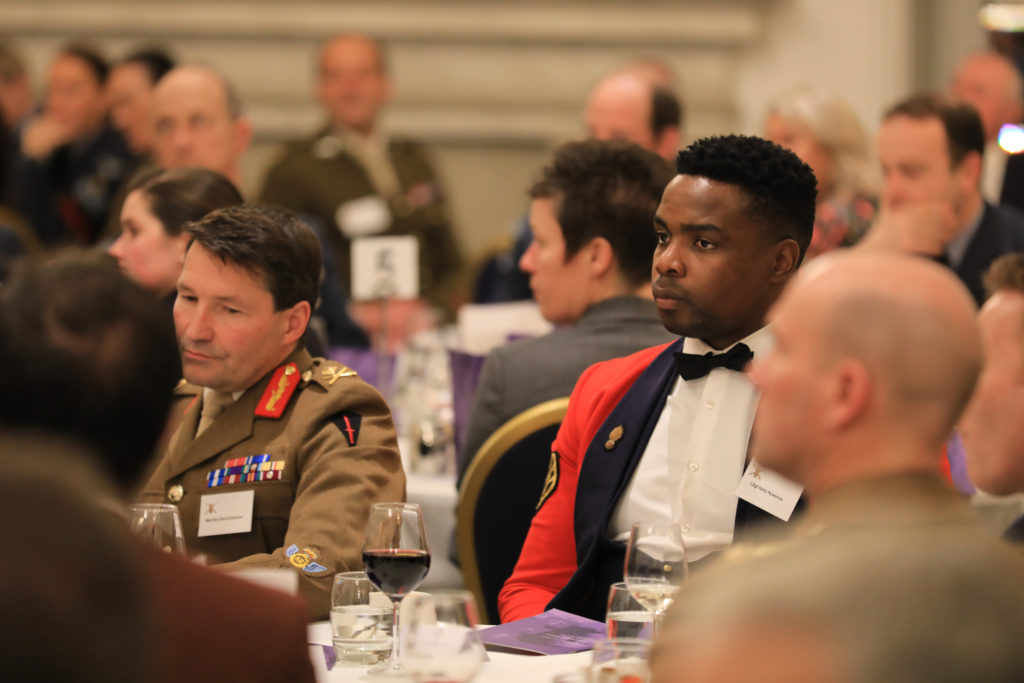 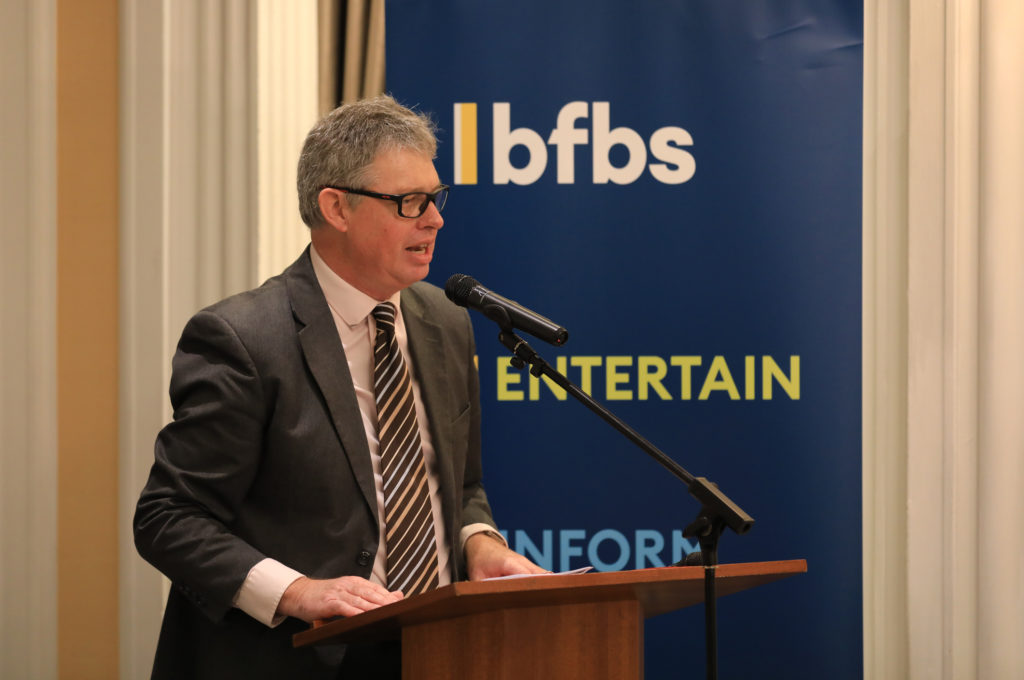 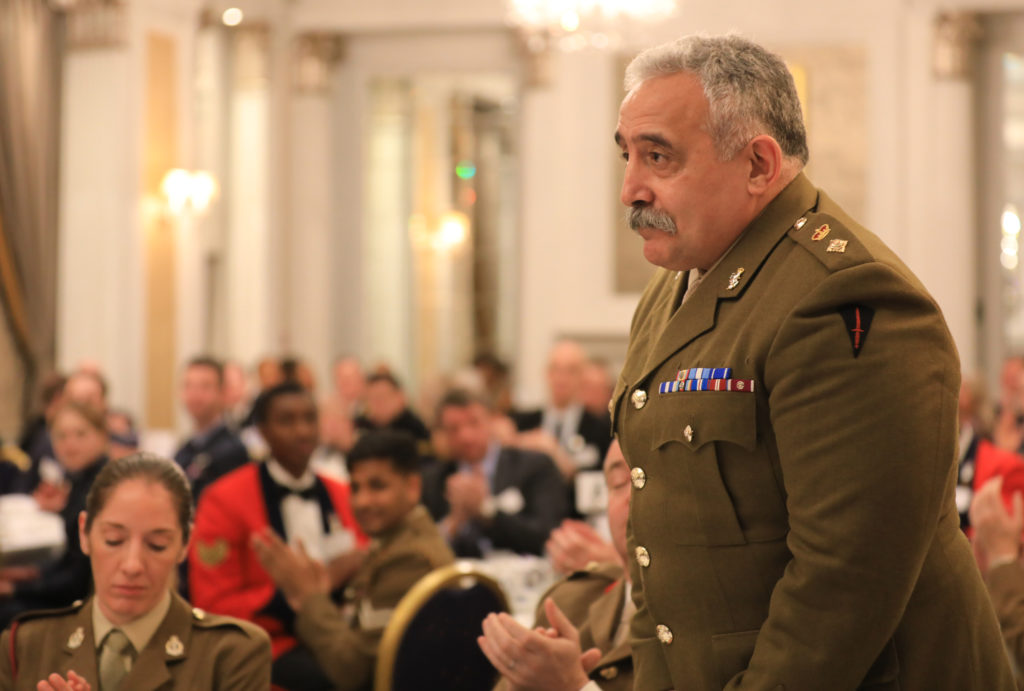 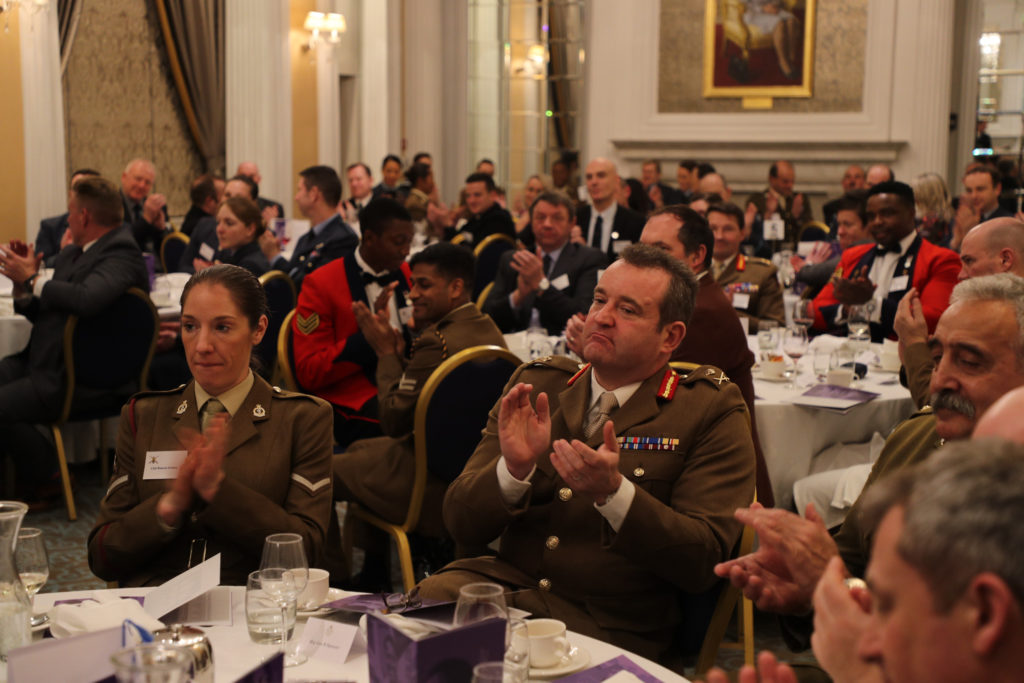 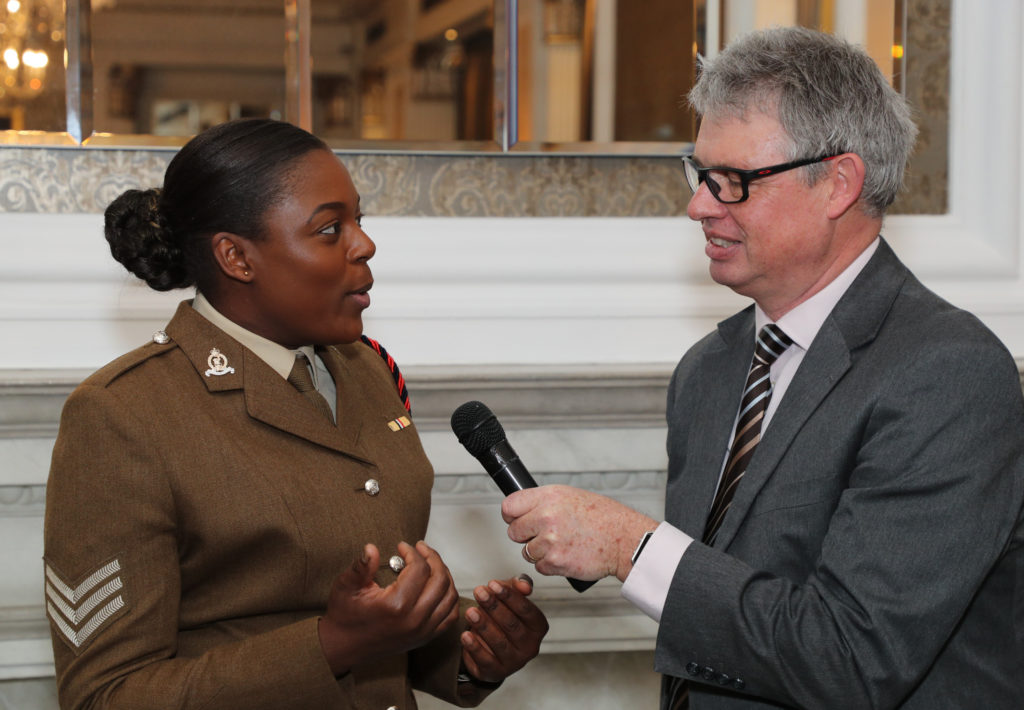 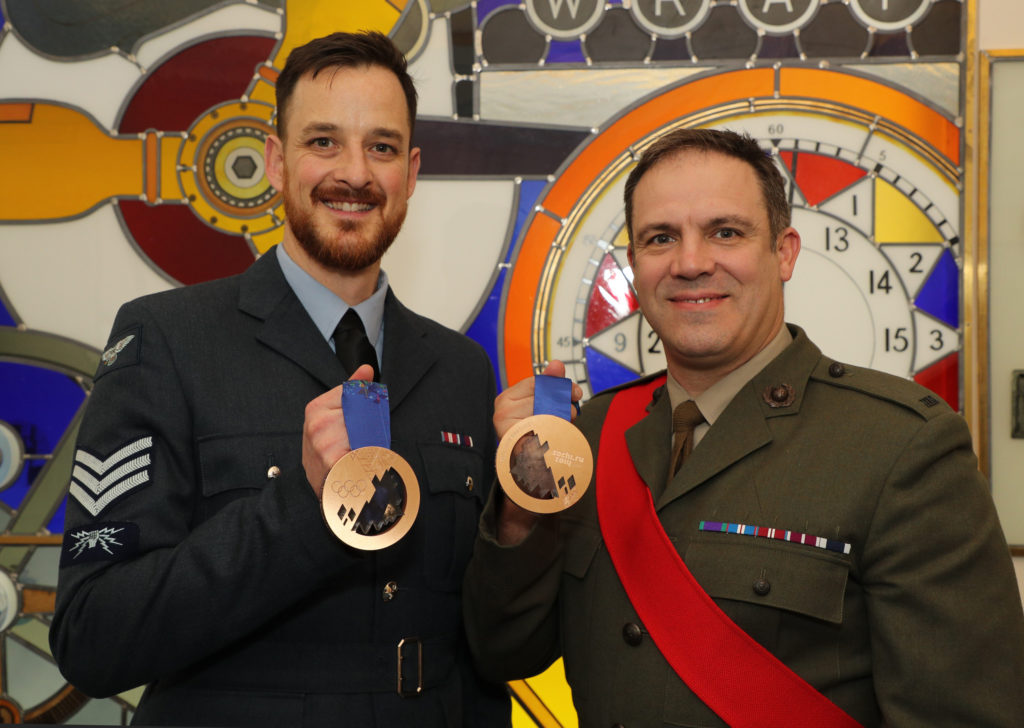 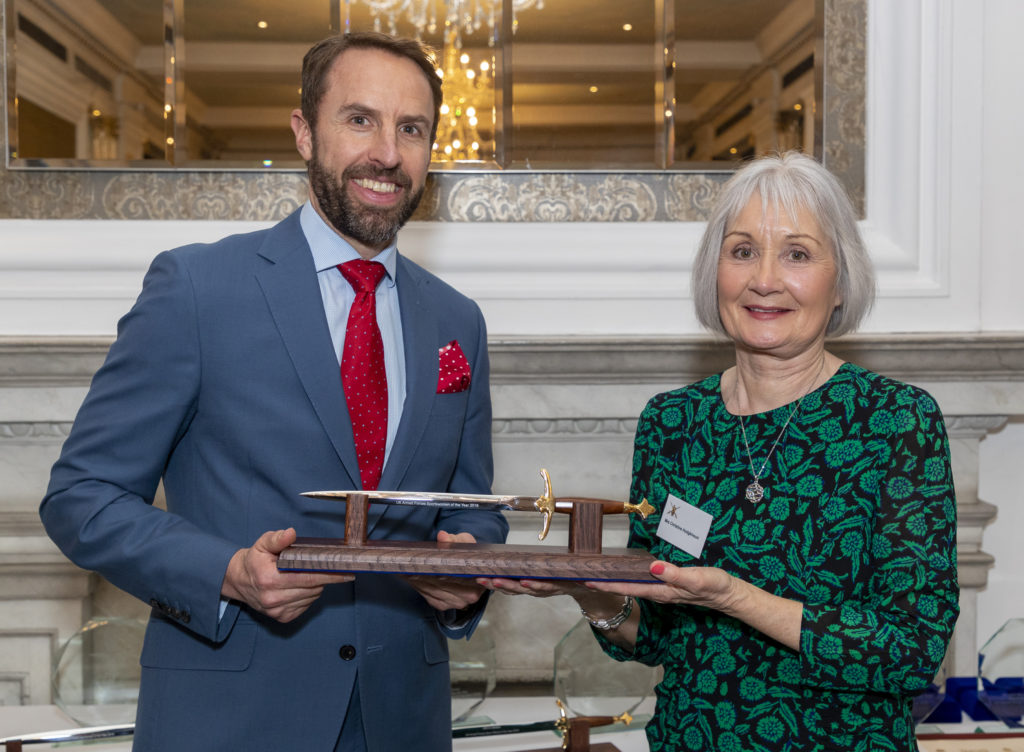 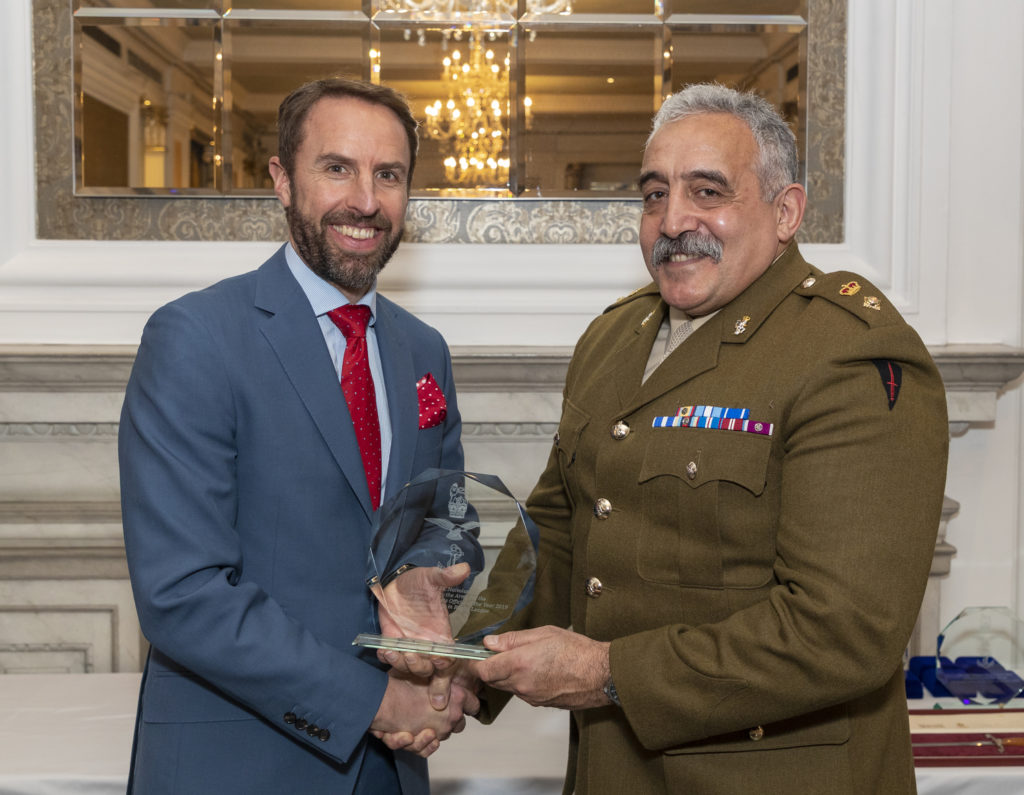 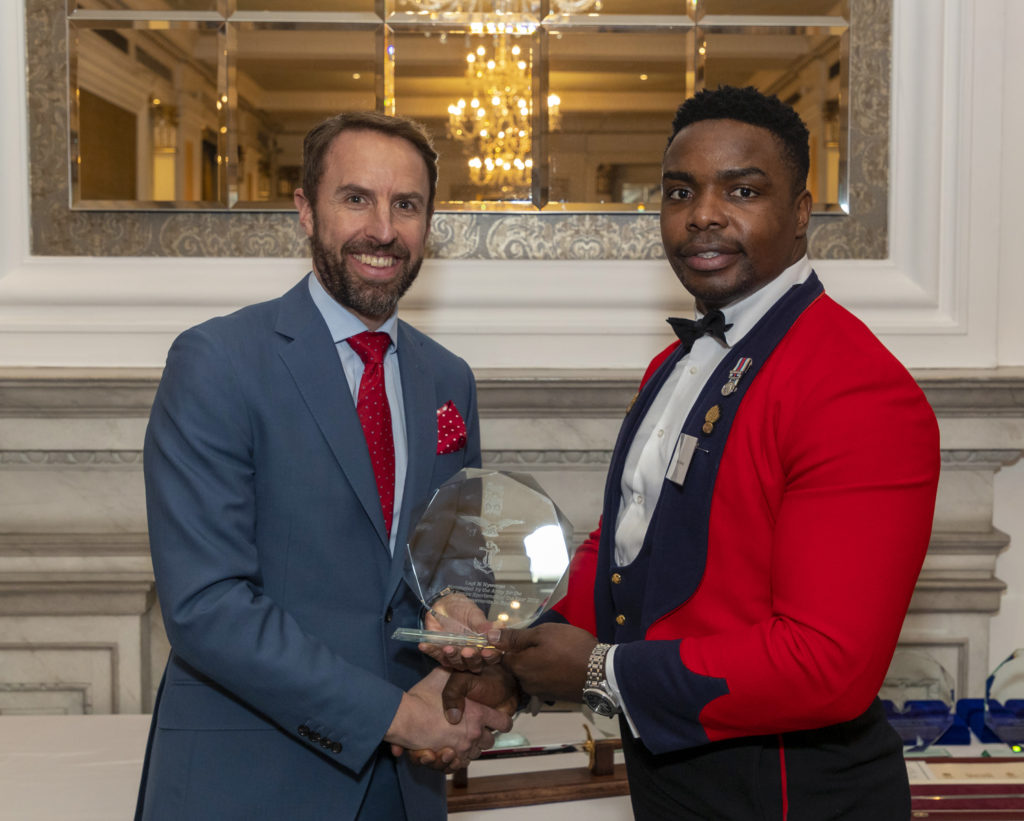 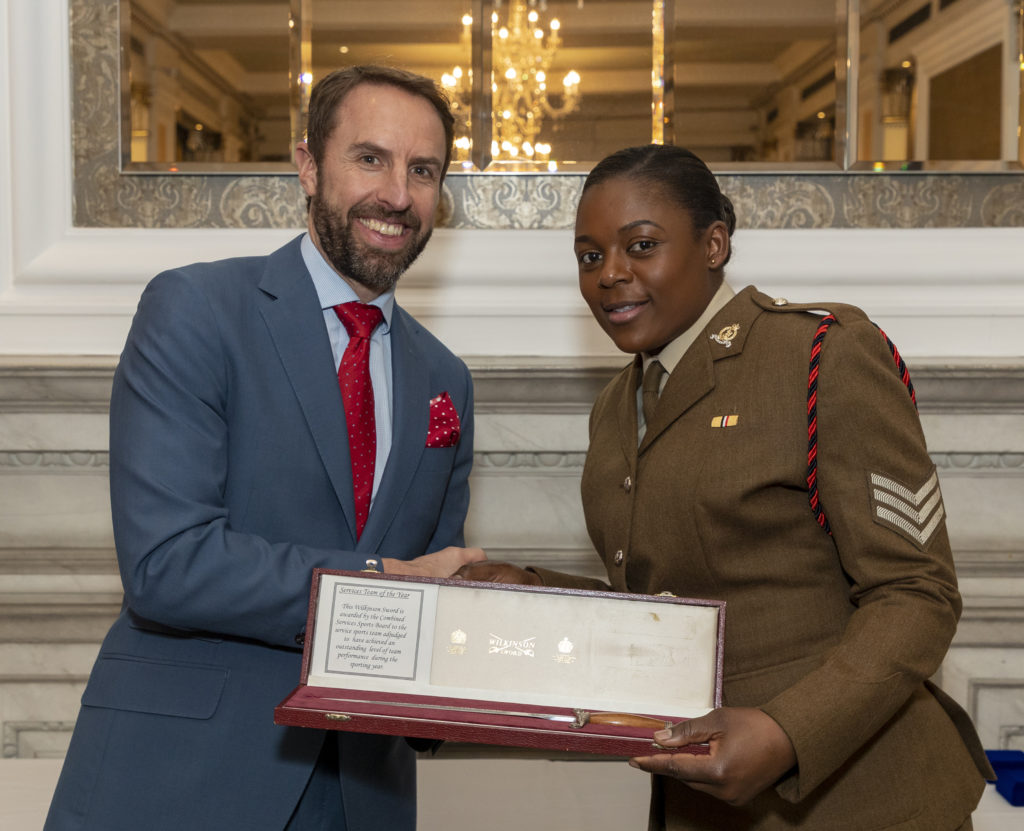 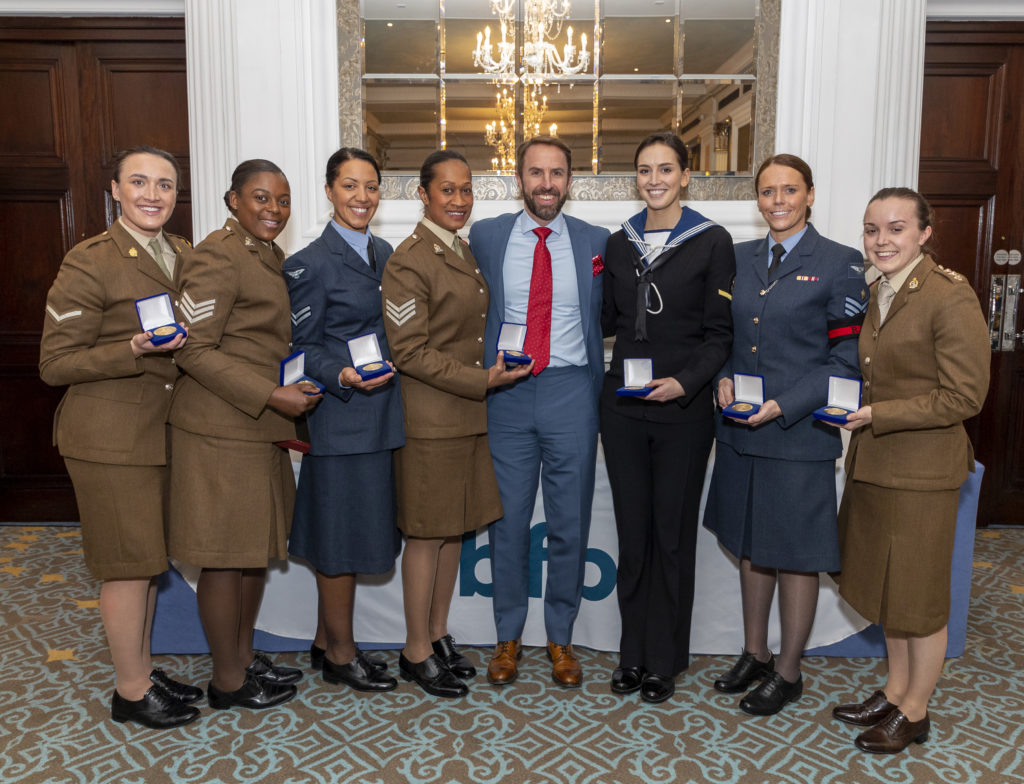 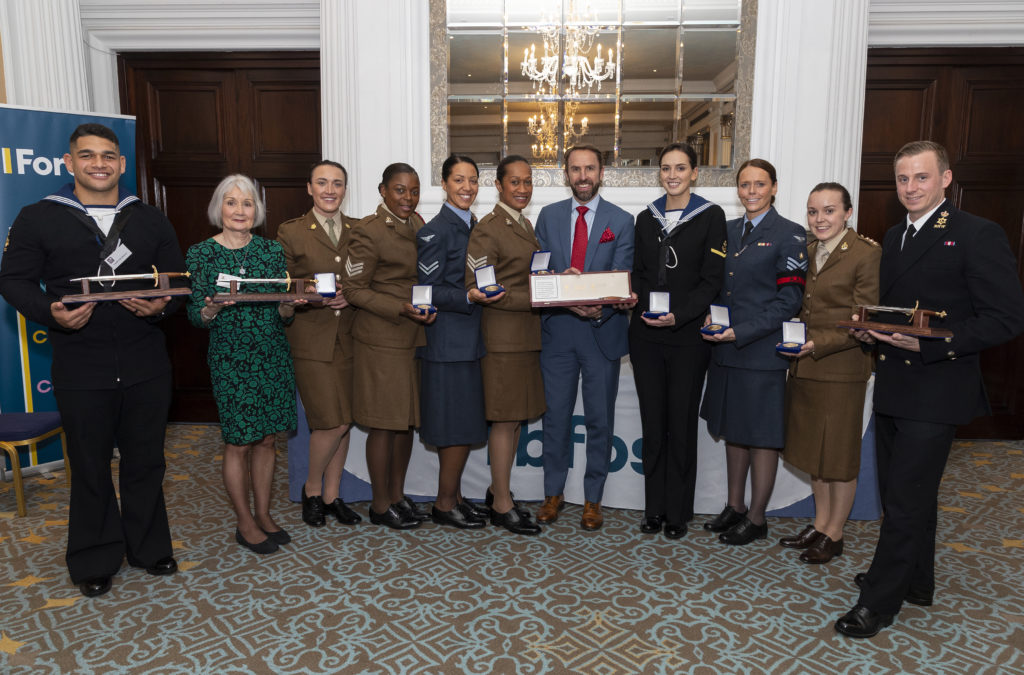 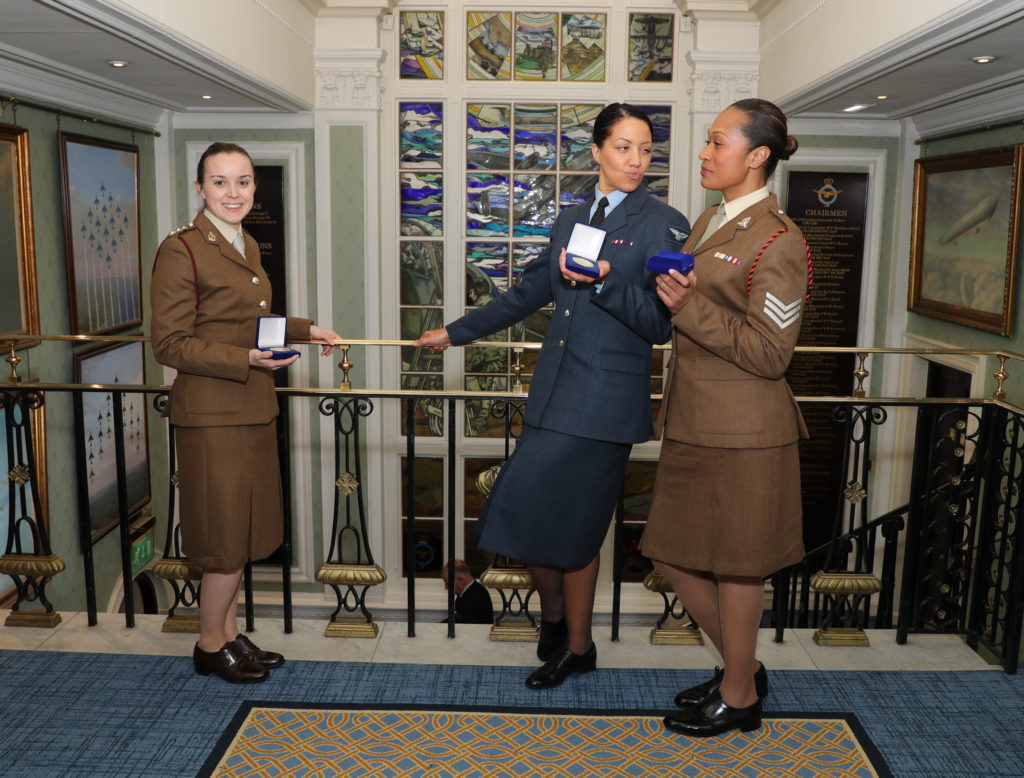 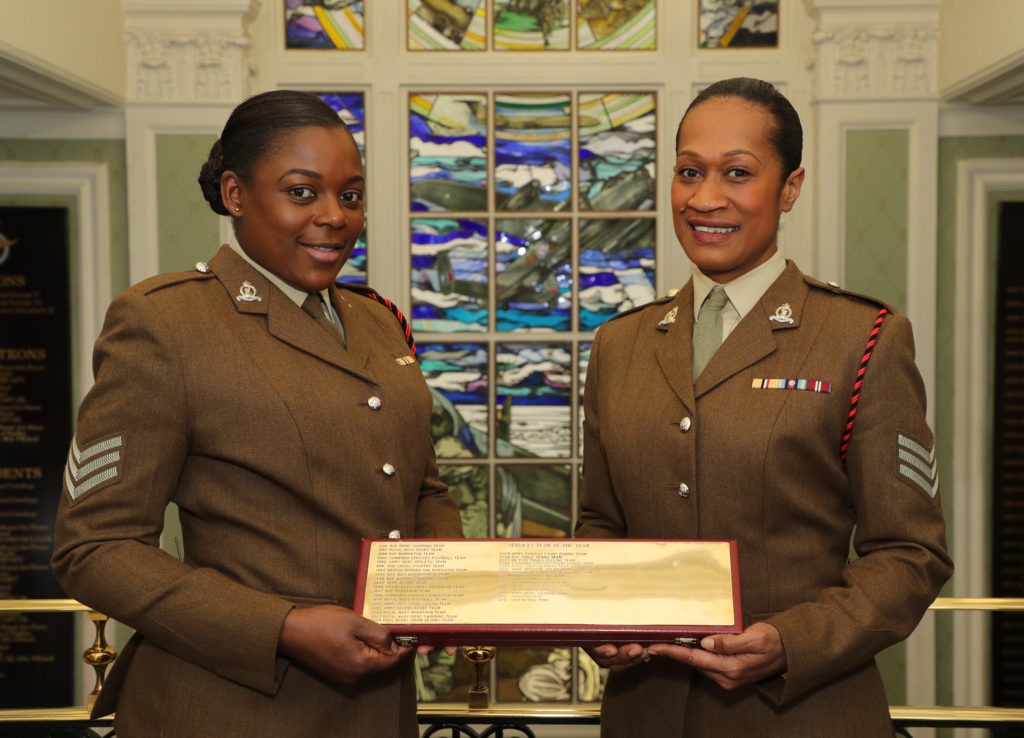 For more photographs from the Awards please click here.