Starting in December, it took the team 37 days, 13 hours and 53 minutes, making them the 9th team to finish the race. If that isn’t impressive enough, Private Kian Helm is 18-years-old, making him the youngest person to row the Atlantic as part of a team.

The achievement was covered by ITV news online. 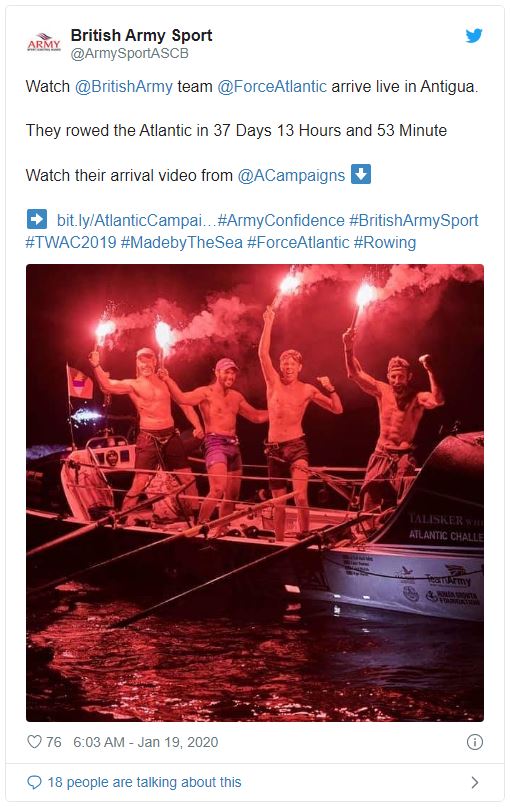