This 9th World Masters Games (WMG) took place over 10 days at various sports venues across Auckland city with over 28,000 competitors from over 100 countries competing in 28 different sports. It is an International Olympic recognised event, held every 4 years and will be hosted next by Japan in 2021. 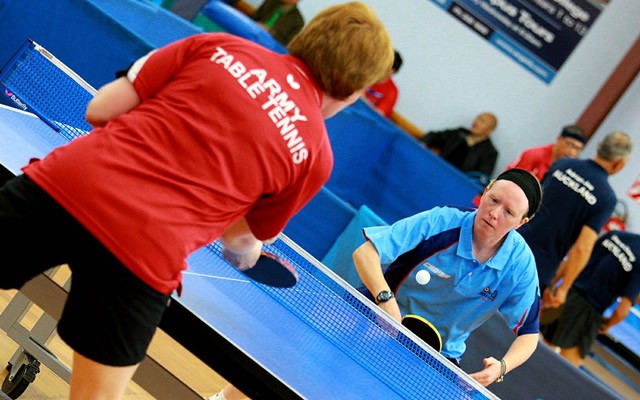 The 3 Army Table Tennis players were part of a larger British Army contingent (of over 60 personnel) fielding a men’s football team, women’s hockey team, mixed swimming team and a squash player. All team registrations for the WMG along with all appropriate clearance was kindly co-ordinated and processed by the Army Sports Control Board (ASCB). On moving to the Army Team accommodation at Auckland Boys Grammar School the first battle was with jet-lag before the Opening Ceremony at Eden Park Stadium set the scene superbly, announcing ‘let the games begin!’

The busy table tennis schedule commenced with the team events before moving on to the singles and doubles categories across various masters age groups from 30+ to 75+. The highlights of the team’s achievements were Padre Nicola Frail winning Bronze in the women’s (40+) team competition having joined forces with a local New Zealand player. This was an excellent podium achievement and was followed by Sgt Pete Owusu’s winning of the men’s (30+) consolation (plate) singles. 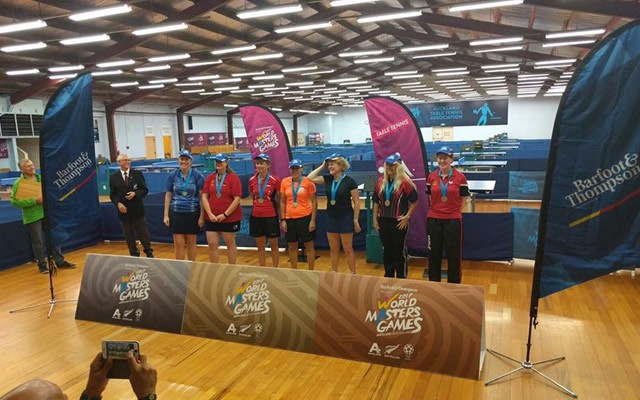 Another highlight was the team getting to meet New Zealand middle distance running legend Sir Peter Snell (a triple gold medallist in the 1960’s) and now a keen table tennis player competing in the 75+ age category. Our Army Team Contingent’s involvement in the Games ANZAC parade on 25 Apr 17 was very moving and great to have been a part of.

The table tennis event held at Auckland TT Centre featured a number of current and former International players as well as many high level Chinese and Japanese players adding to what was a strong field across all age categories. The event was excellently run and proved to be a fantastic experience overall for the Table Tennis Trio representing the British Army at such a high profile International sports event.

The Closing Ceremony through music and key note speeches from VIP dignitaries summed up the importance of sport and unity between nations in a friendly yet competitive way that clearly showed the World Masters Games going from strength to strength. Next up, Japan 2021 for the British Army! 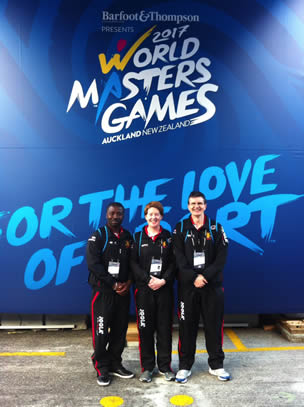