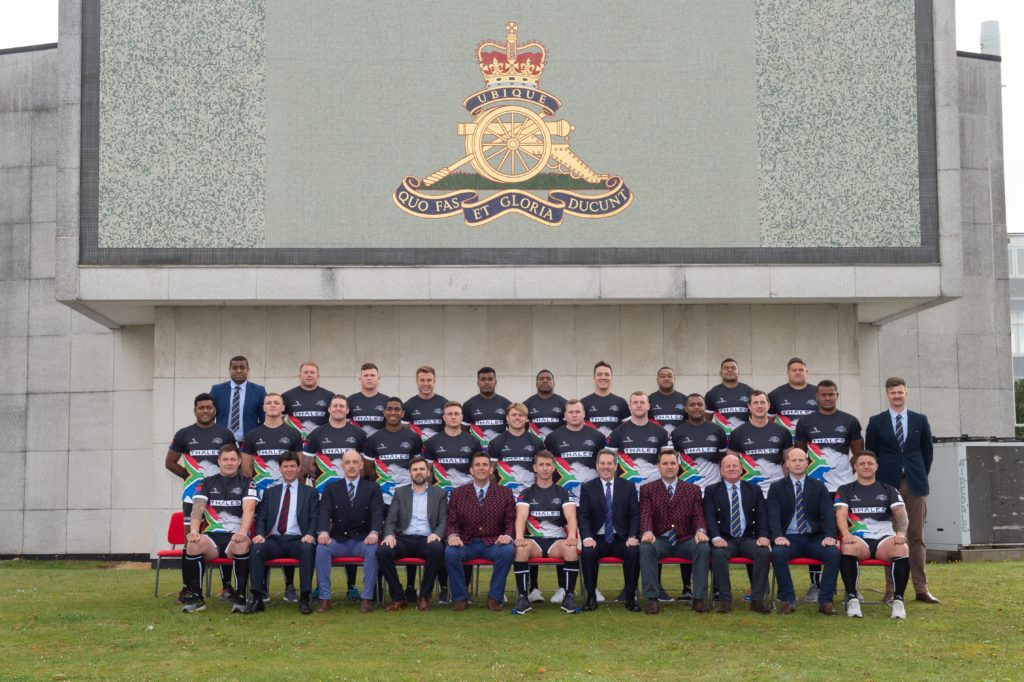 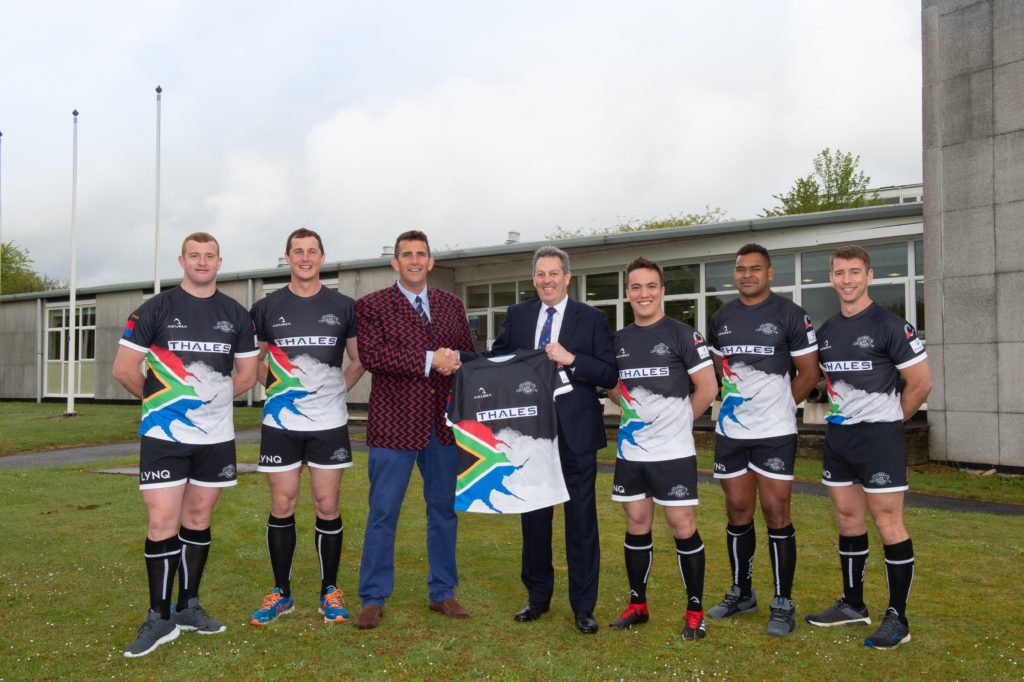 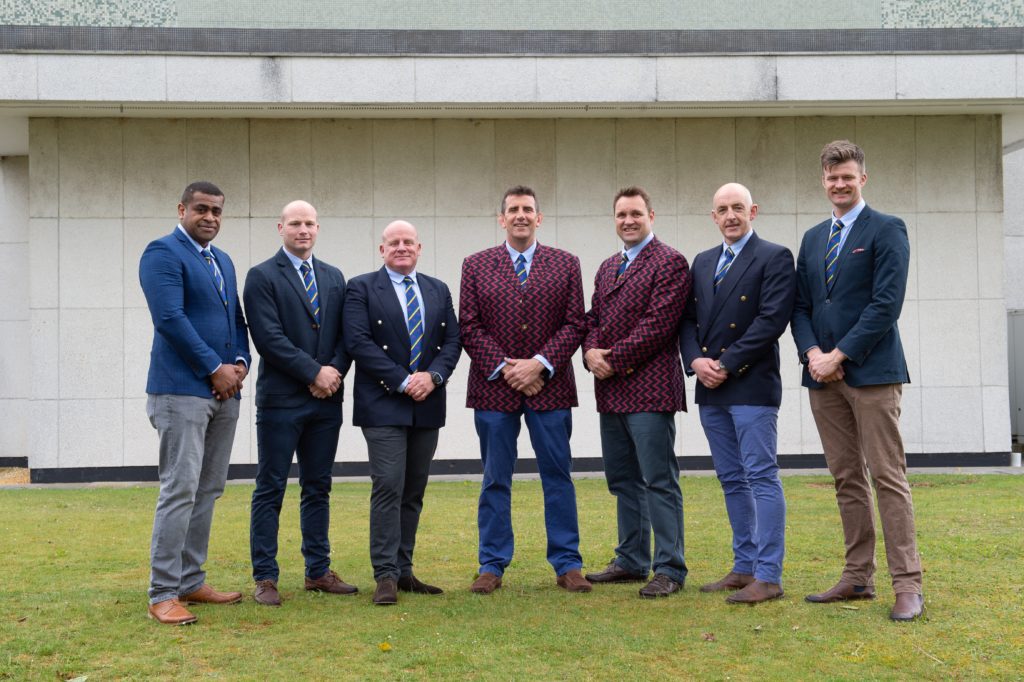 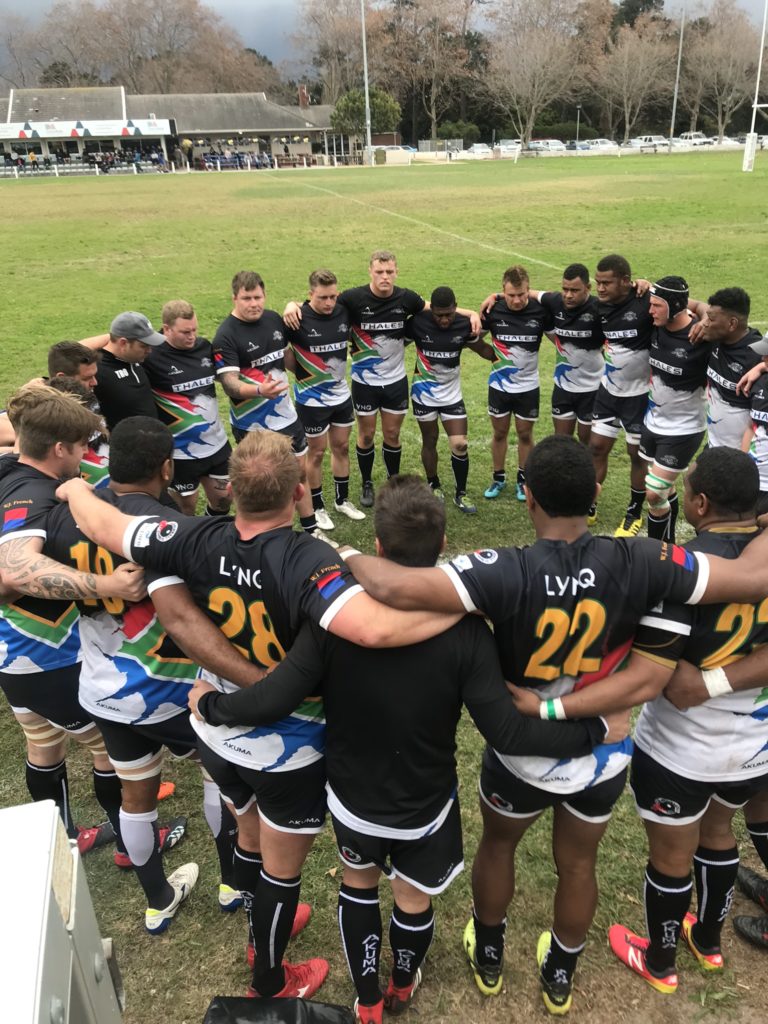 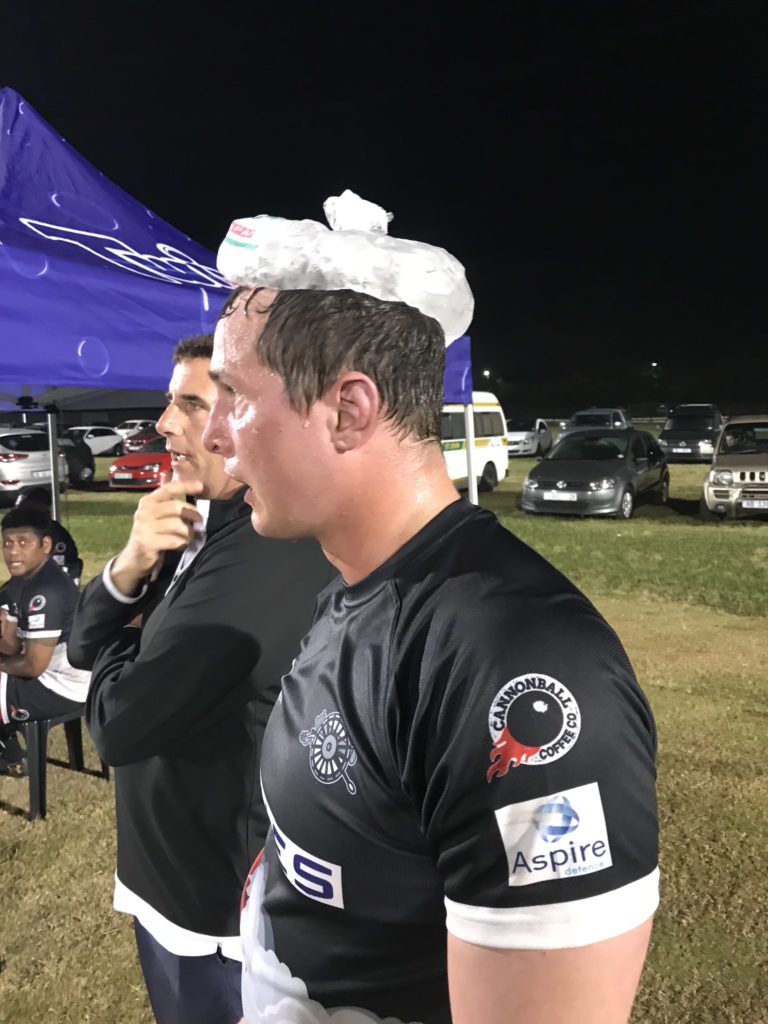 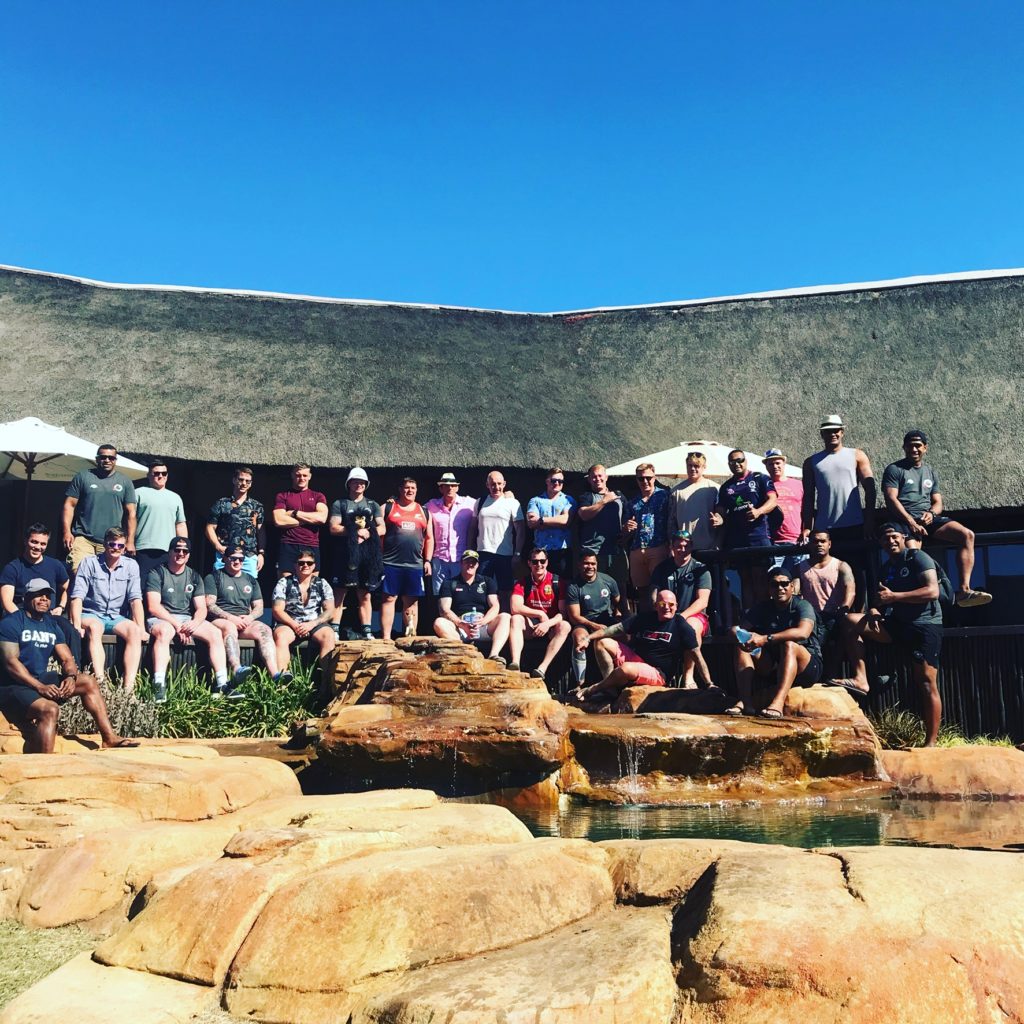 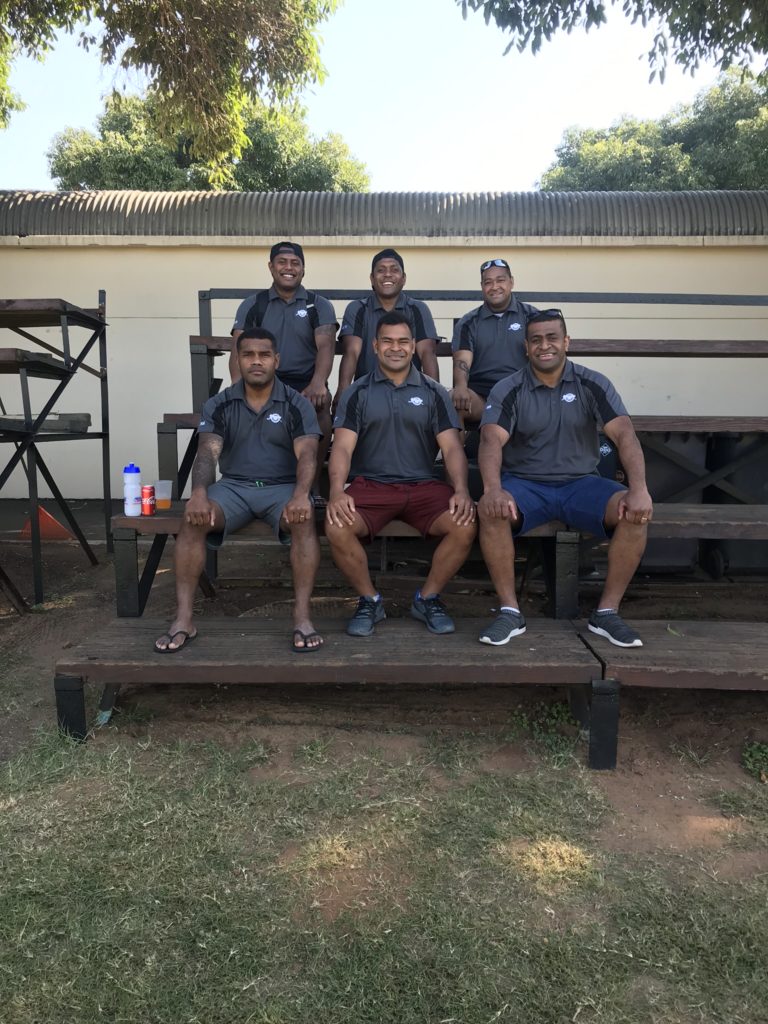 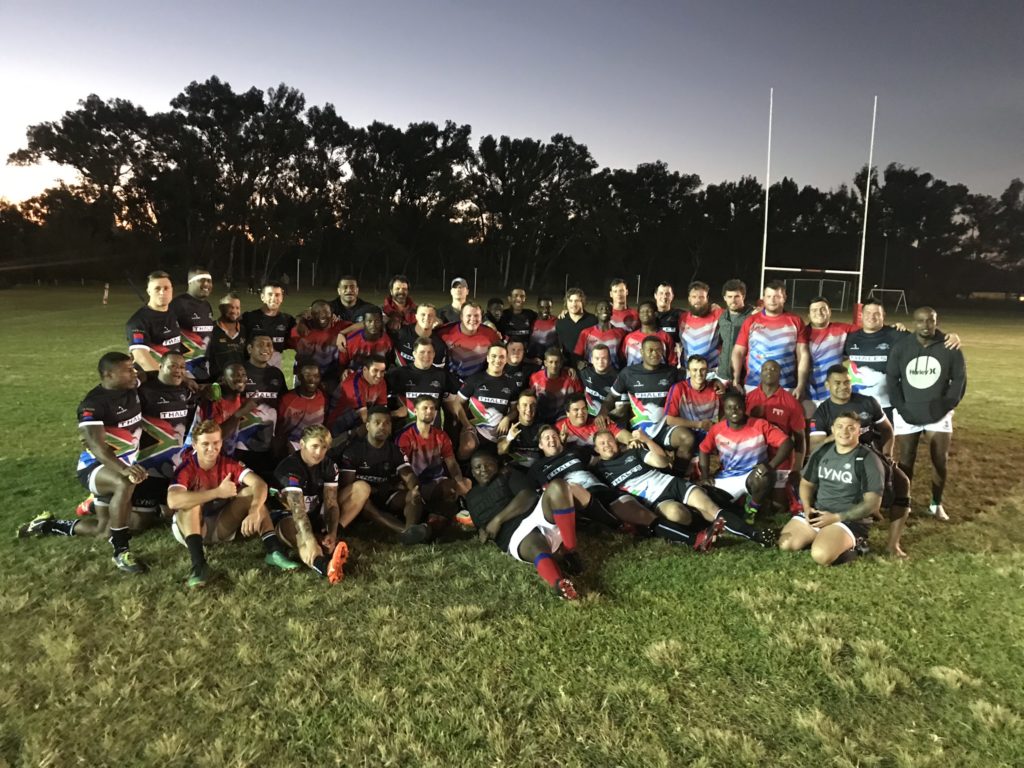 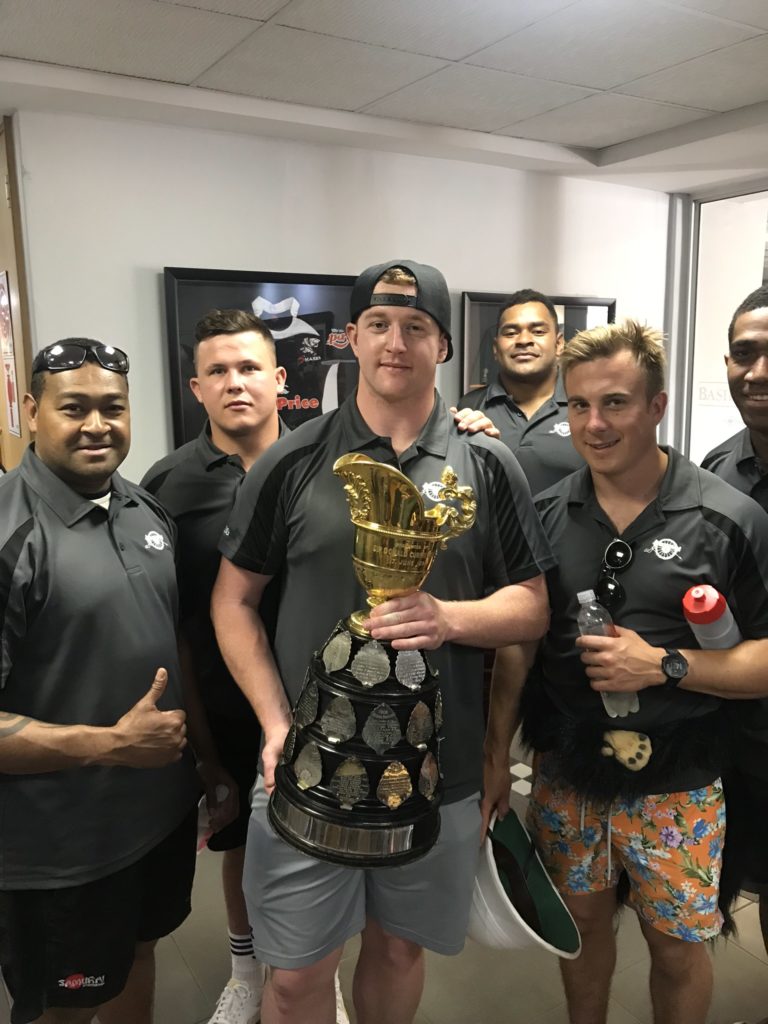 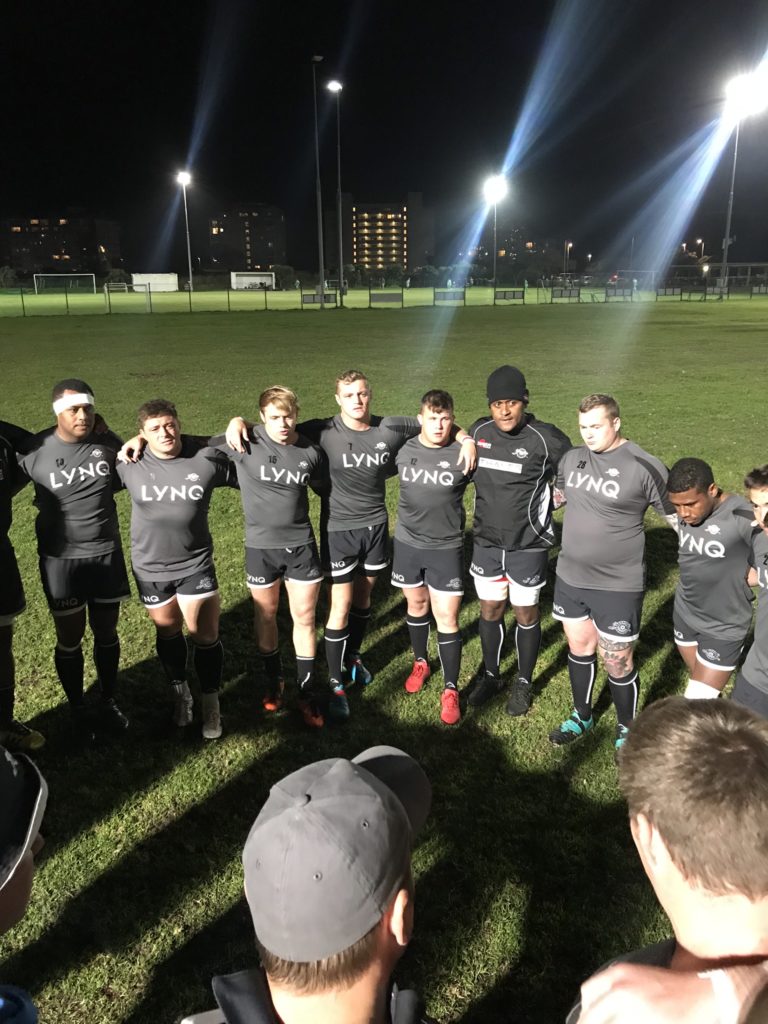 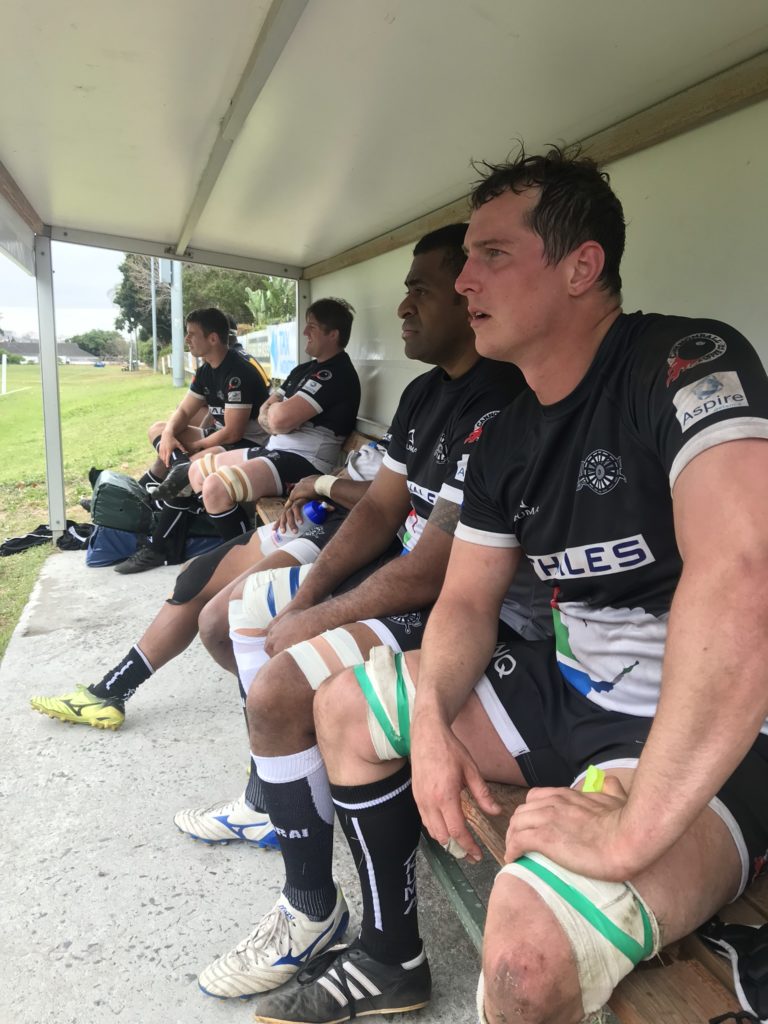 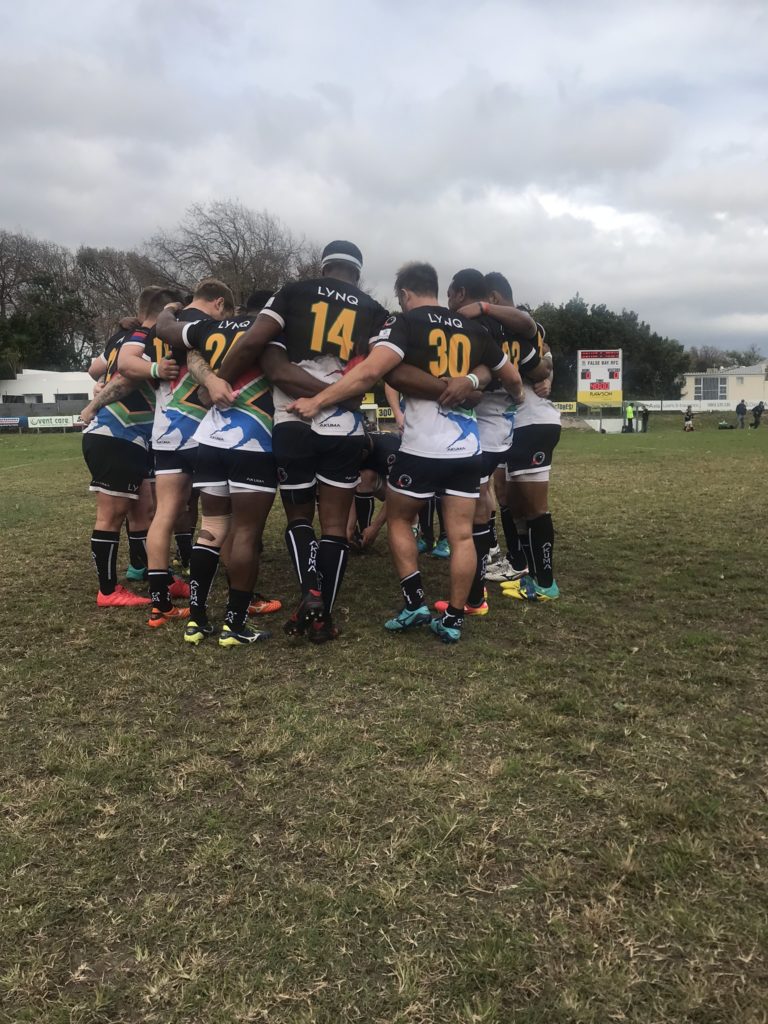 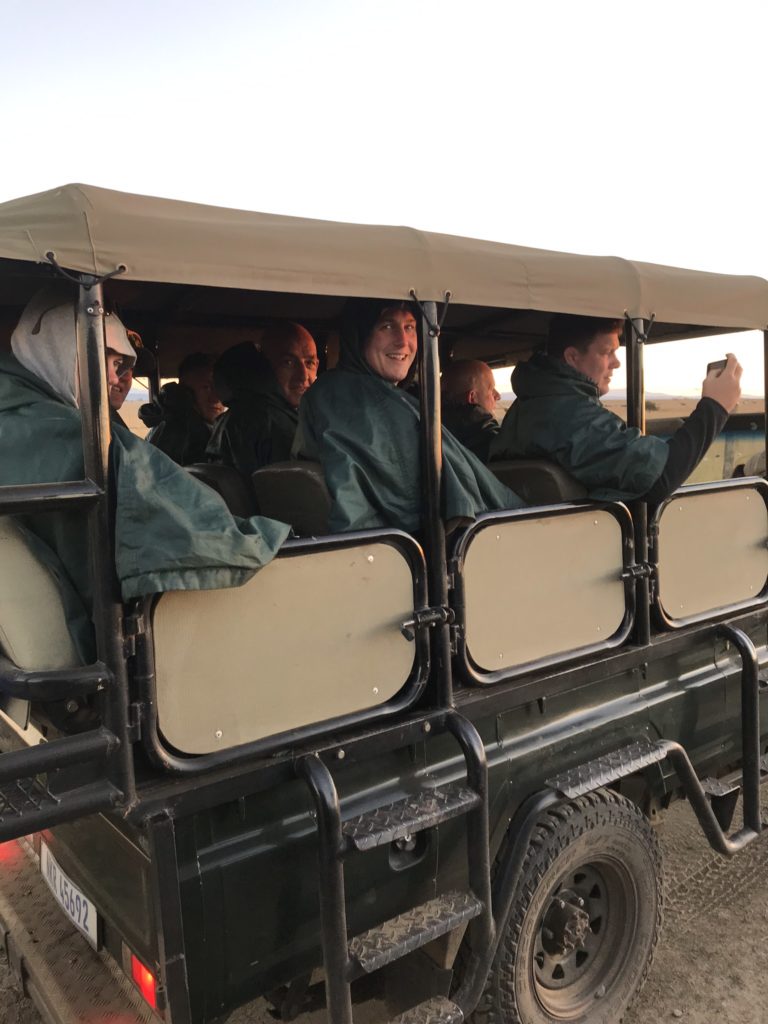 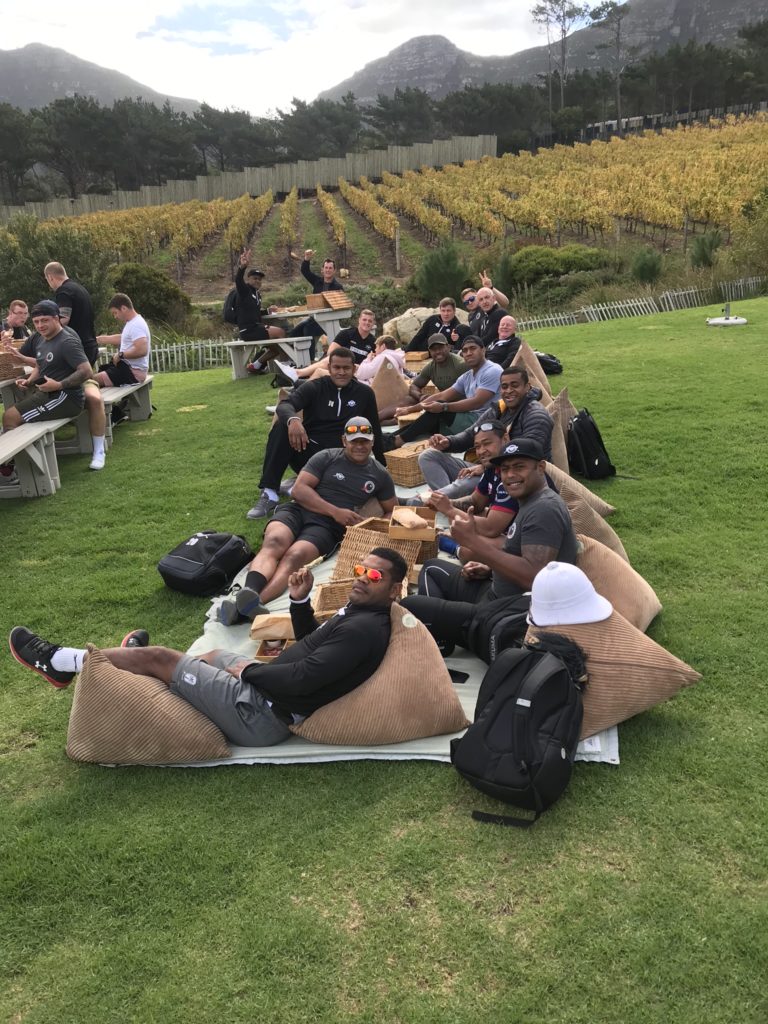 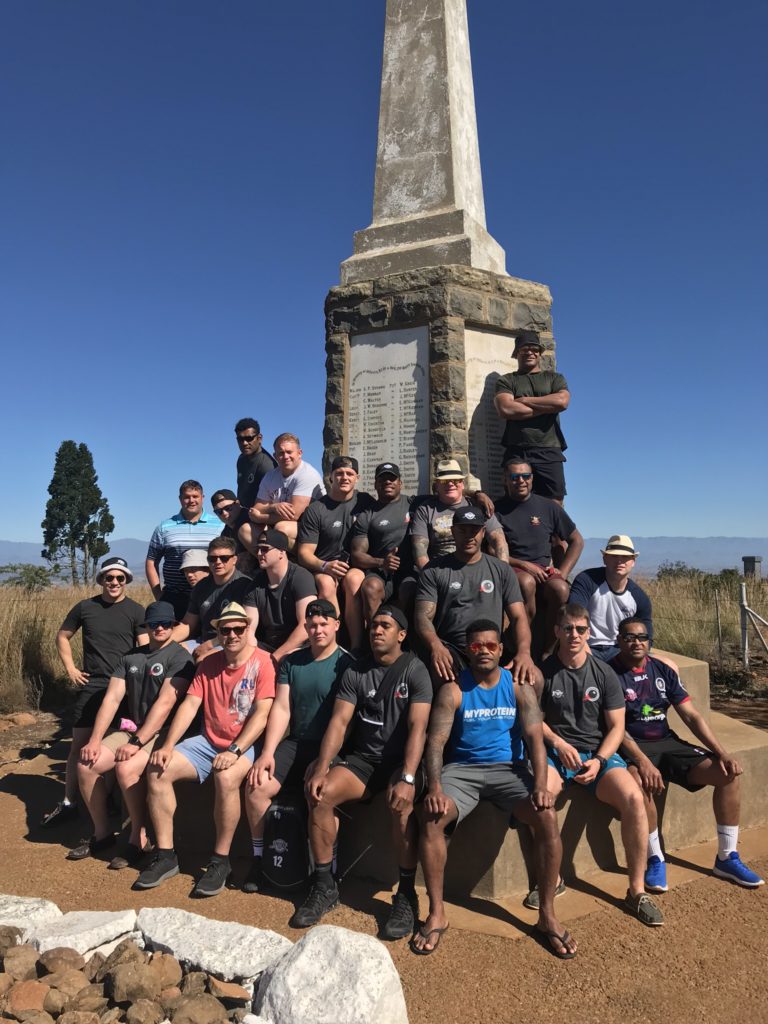 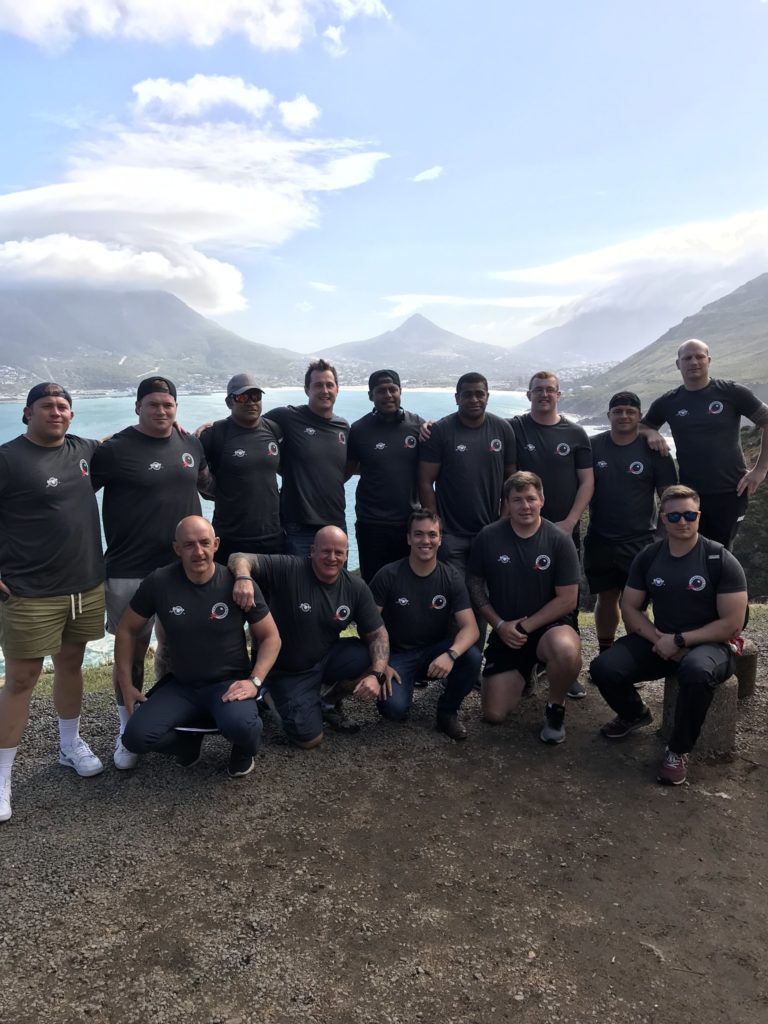 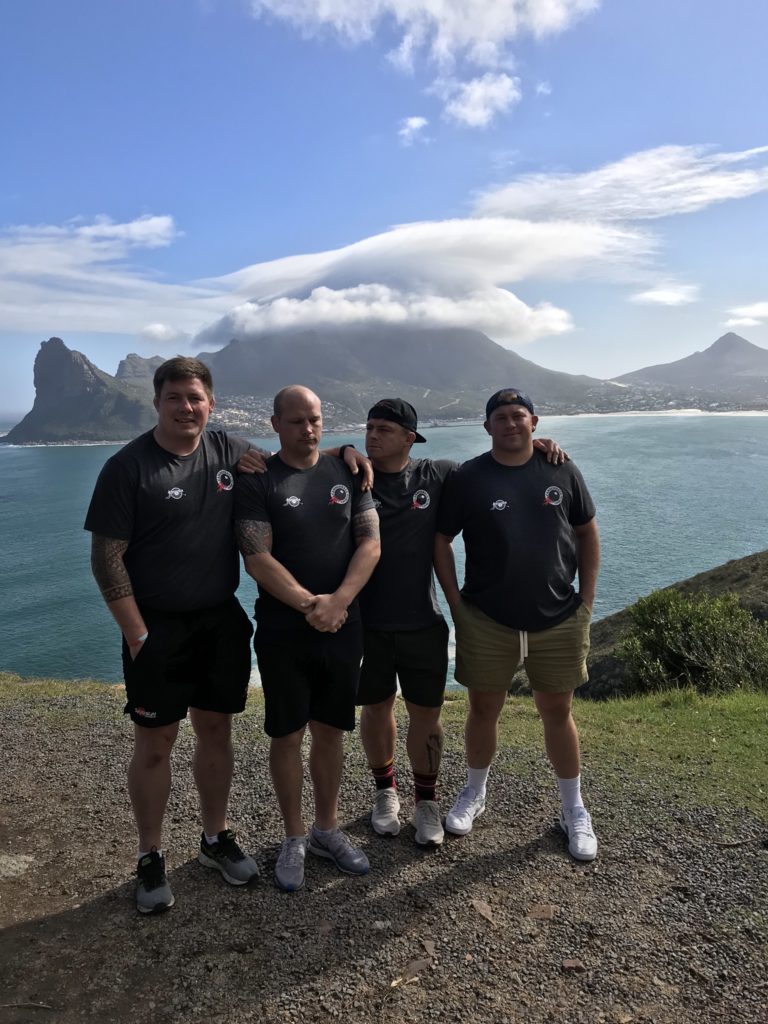 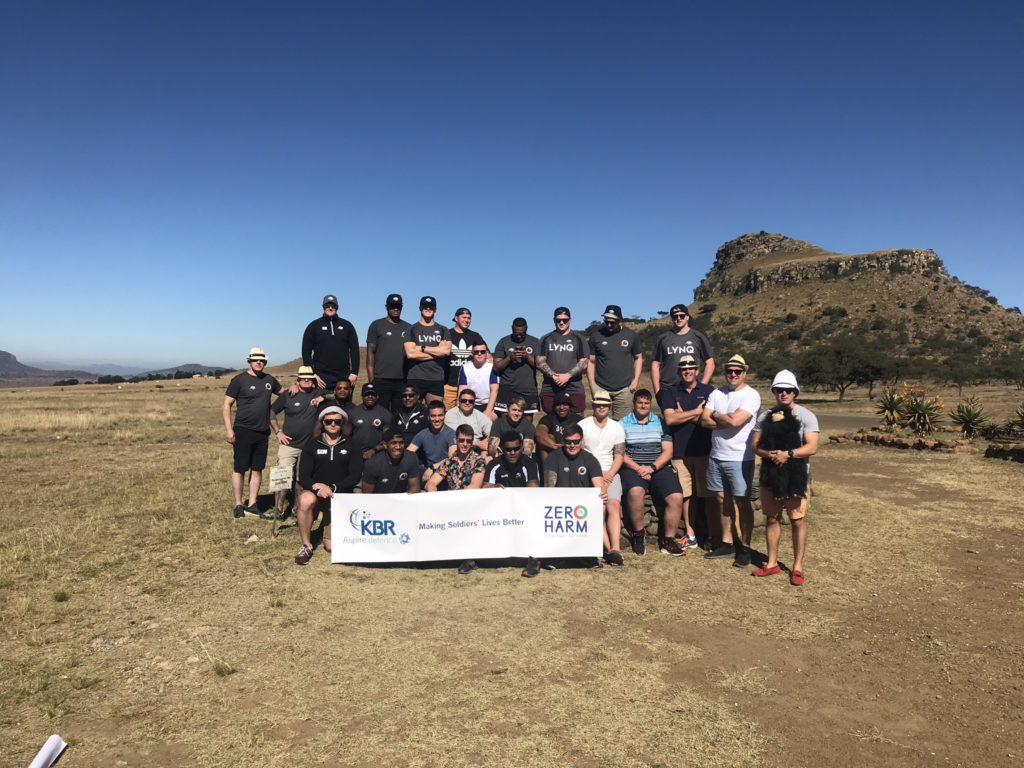 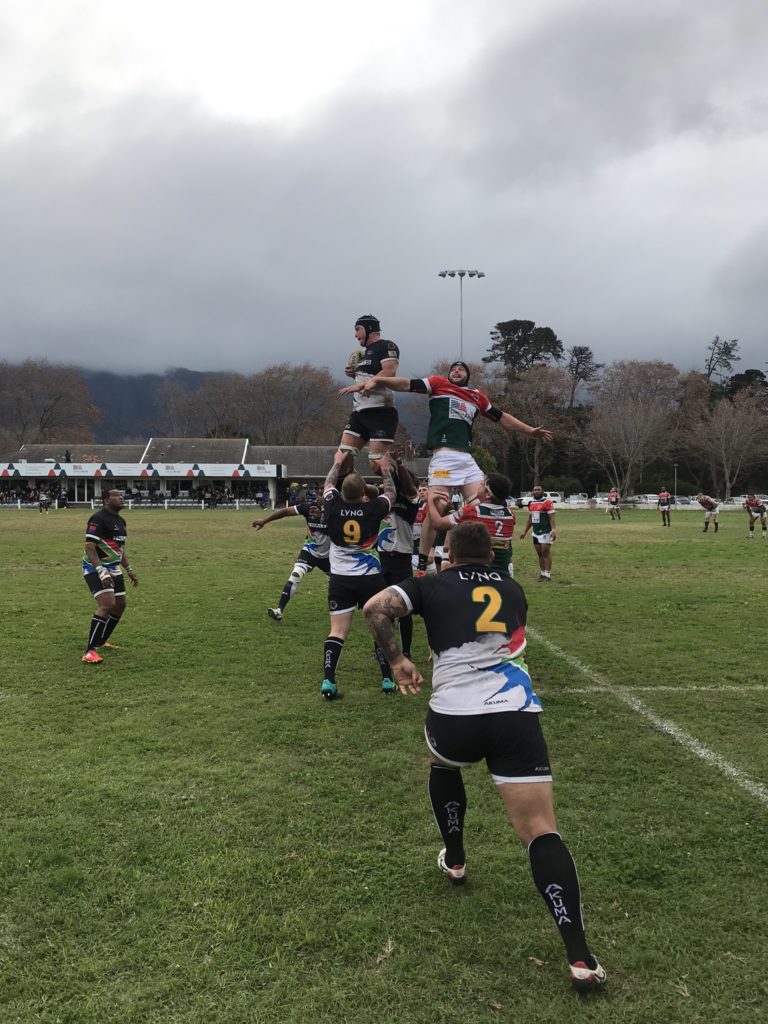 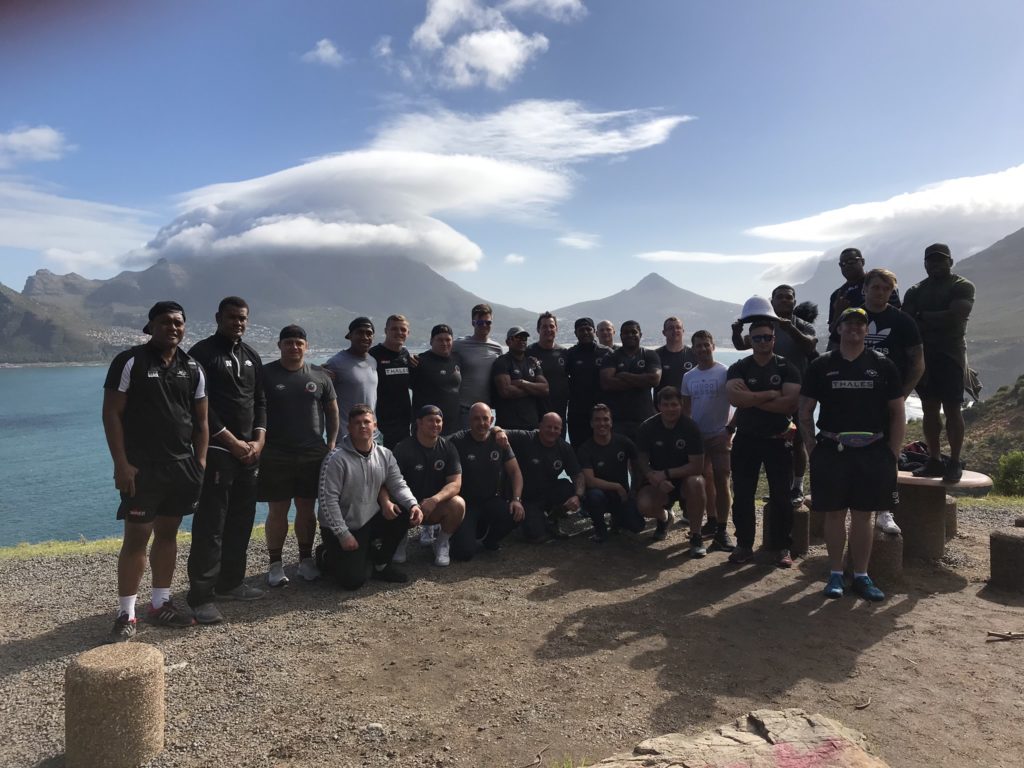 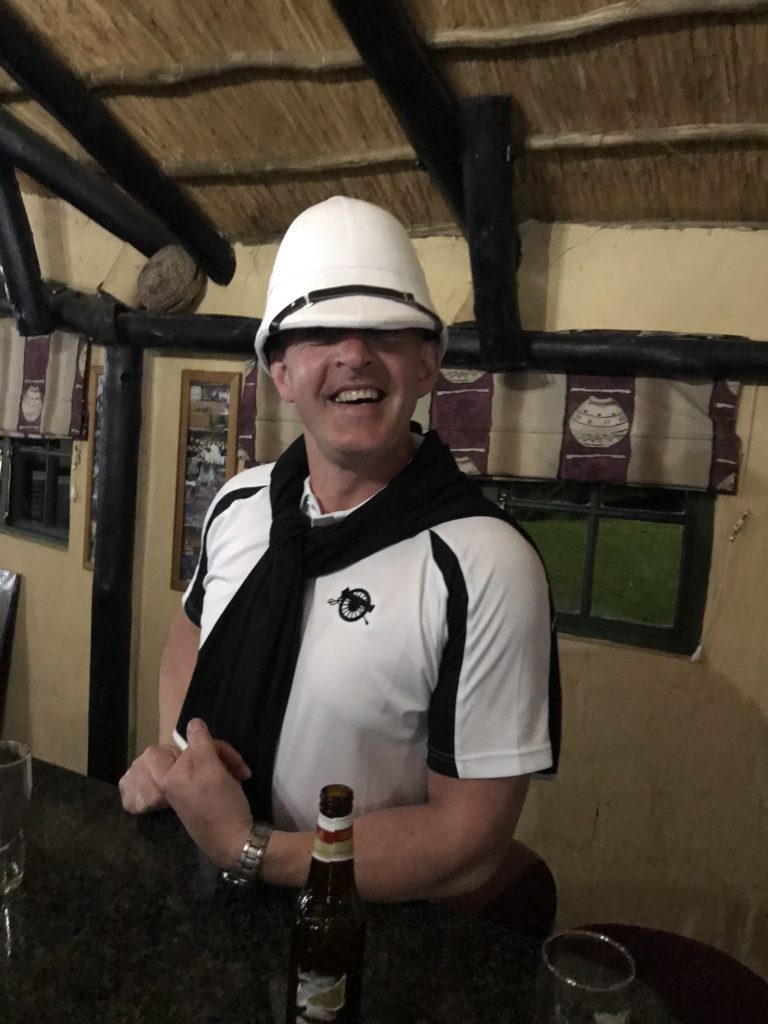 See below for the article that was published in Gunner Magazine.

One of the many attractions of serving in the Royal Regiment is the opportunity to conduct extra-curricular activities.  Col Graham Taylor, Chairman of Gunner Rugby, seized such an opportunity and organised Exercise ZULU CHALLENGE, a combined battlefield studies and rugby tour to South Africa for 30 soldiers and officers of the Royal Artillery Rugby Football Club (RA RFC).  Following a highly successful domestic season in which the RA RFC won the Army’s Inter Corps Rugby Championship (for a 3rd time in 4 years), and six players represented the Army in the annual Inter Services match versus the Navy at a sold-out Twickenham stadium, focus switched to South Africa.

The squad assembled on the 9 May 19 and after battlefield study presentations, kit issue and team photographs with our key sponsors, everyone boarded the coach and headed to Heathrow.  The excitement was palpable; all involved knew this would be an exciting adventure to South Africa and everyone was ready to experience a new culture, to learn more about the Boer War and Zulu War, and to participate in hard, demanding rugby matches against high quality opposition. We left a grey, wet England and arrived a day later in a sunny, hot Durban.  We headed straight for the colonial town of Ladysmith to begin the first part of the tour, and a light training session on the local rugby pitch helped us shake out the legs and dust of the cobwebs from the flight.

With Ladysmith proving a perfect base, we explored Dundee and four battlefield sites of historical relevance to the British Army. First, we visited Spienkop and Colenso both of which were presented on by Capt Stanley RHA and Capt Whittington RHA.  After a chance to walk the ground and pay our respects at the Gunner memorials, the squad returned to Ladysmith and spent the evening watching the a local side play a fantastic game of rugby and joining in enthusiastically with their post-match celebrations.

The following day, Lt Wellings RA and 2Lt Wheatley RA delivered presentations on Isandlwana and Rorke’s Drift, two fascinating battles with vastly different results and brought to life by the two young subalterns.  Following the battlefield studies, the squad was eager to start our first game against Sentraal RFC.  Arranged as the likely easiest of the four fixtures, the game ended up with a landslide victory to the Gunners 77-0.  Word swiftly spread amongst the South African community that this UK Gunner rugby side were pretty handy.  We were fantastically hosted post-match and the forward of the match was awarded to LBdr Gibbs, back of the match was Bdr Vunivesilevu.

After our initial victory the team spirit was high, and it went even higher when we moved Springbok Lodge to complete a 2-day safari package in Nimbiti Game Reserve.  Many of the squad had never experienced such luxurious ‘tented’ accommodation and certainly had not been on safari before.  We all managed to see 4 of the ‘Big 5’ with only the elusive leopard evading us.  It was amazing to be sat in an open top 4×4 with lion strolling less than 5 metres in front of us.  Following the safari we travelled to Umhlanga on the outskirts of Durban.  After another rugby training session to shake off any knocks from the previous game, we visited our fellow South African Gunners of the Natal Field Artillery.  We were hosted superbly well and gifts and kind words were exchanged.

We were fast approaching our second game against College Rovers RFC and prior to the match we were fortunate to be permitted a tour of King’s Park stadium, home of Super Rugby franchise – the Natal Sharks.  The College Rovers clubhouse boasted an impressive honour boards with many full South African internationals. The Club has a proud history and were South African Premiership champions in 2017; we knew they were going to be tough opponents.  Trailing 17-5 at half-time, the players dug deep and produced a spirited display of attacking rugby and stout defence.  We prevailed and by full time we had won with a score of 22-34, with Capt Whittington RHA named man of the match. Our tour media officer tagged our next opponents on social media to let them know we had beaten the top side in South Africa.  That may have been ill judged…….

After a post-match day exploring more of Durban, we flew to Cape Town. We trained in the morning to prepare for the third game and then, after a grand lunch in the infamous Forrester’s Arms, we attended the Stormers v Crusaders Super Rugby fixture.  The atmosphere was electric, and it was a tremendous game of rugby.

Our third fixture against False Bay RFC came around quickly.  Having expected to play their 2nd XV/Academy side, it was swiftly apparent that their full 1st XV and taken to the pitch.  In a tough match with some questionable partisan officiating (!) we ended up losing 34-17.  The following day we visited Table Mountain to reflect on our loss and take in the breath-taking views. This was followed up by a trip to Cape Point Vineyard to take in the wine, Cape Point to take in the views and Boulders Bay to check out the penguins.

We had one more light training session before our final fixture, and by this stage 3 matches in the previous 11 days had started to take its toll.  Hamilton SP RFC had been tracking our tour progress and had prepared a strong side to face us.  From the outset it was clear that this proud rugby union nation wanted to finish on a high and send the Brits packing.  And so it came to be.  They dominated throughout, and we lost rather heavily.  Two young players who had starred throughout the tour (both on and off the pitch), deservedly received recognition from Hamilton’s SP RFC and Gnr McLachlan and LBdr O’Reilly were named men of the match.

With a final day before the long flight home, the squad took advantage of sightseeing and shopping in Cape Town.   The evening concluded with a final team meal, organised by Club Captain Sgt Higgins, in the glorious setting of the Grand Africa Beach Café and provided a chance to reflect on the tour.  LBdr Waqanisau was awarded the coveted ‘Top Tourist’ award and others were recognised for their performances throughout the two weeks.  Thanks must be given to the RA RFC management team for organising such a special trip.  Head coach Maj Osman RA, Treasurer Maj Mudd RA and Performance Director Maj Battersby RA all contributed superbly to the planning and preparation of the tour and managed to join in ‘enthusiastically’.  And a final thank you is given to Col Taylor who steps down after 5 hugely successful years at the helm as Chairman.  Ex ZULU CHALLENGE was an unbelievable experience for the 30 young soldiers and officers of the RA RFC.  As a team bonding exercise it will take some beating.  As will the Gunner rugby team next season.