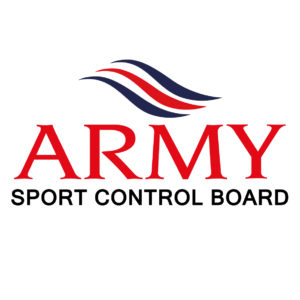 Following your nominations for the BAE Systems Sports Scholarships awards which represent Tier 3 of the Army Elite Athlete Programme. The Selection Board sat on the Army Sport Scholarship Scheme
On Tue 24 Jul 18; the Board considered 71 applications from 18 Sports Associations & Unions (there were 54 applications from 22 Associations in 2017) and, as with last year, the candidates included a number of athletes who were automatically considered for this Scholarship having been unsuccessful in their applications for the Talented Athlete Scholarship Scheme (TASS) TASS Partnerships .With so many worthy applications received this year, the Scholarship programme has been expanded so that there are now BAE Scholars and also an additional group of ASCB Sport Scholars.

ASCB Sport Scholars enables DASCB to target funding at our brightest and best young sportsmen and women from all disciplines who aspire to join the Army Elite Sport Programme via the Talented Athlete Scholarship Scheme (TASS). TASS is a UK national campaign which the Army has joined in partnership with the English Institute of Sport. Its aim is to deliver‘A world leading partnership between education and sport to help talented athletes in England fulfill their potential and balance their sporting development with their education and training’.We are using the BAE Scholarship Scheme to assist the funding for those younger athletes whom we have identified as future TASS talent and, as evidence of success you will be pleased to know that 6 of last year’s BAE Scholars were selected for this year’s TASS programme.

The AESP is a partnership between the British Army, UK Sport, the English Institute of Sport (EIS) and Talented Athlete Scholarship Scheme (TASS).

The Board is pleased to announce the results of the awards which are attached at Annex A for BAE Scholars and Annex B for ASCB Sport Scholars. In total 53 athletes have been selected for Scholarships and entry into the Army Elite Sport Programme this year.

Briefing/Induction Day – 4 Sep 18. There is a mandatory Briefing/Induction Day for all Army elite athletes. This year it will be held in Fox Lines, Aldershot at the Army School of Physical Training on 4 Sep 18. Further details will be distributed next week but for planning purposes, the day will commence at 0930 hrs and will be complete by 1500 hrs. Secretaries are to ensure their athletes are aware and attend

The British Army have expanded their Elite Sport Programme to uncover and develop more medal-winning British Olympians within its ranks.