The Army Rugby League team made it through to the fourth round of the Coral Challenge Cup for the first time in the team’s history.

Despite going 12 – 4 down in the first half to Ince Rose Bridge, a strong second half performance meant the Army would go on to win the match 34 – 22, thus securing their place in the fourth round for the first time.

The fixtures draw for the fourth round was made yesterday. Round 4 will see the Army taking a trip up north to face either Rochdale Hornets or York Acorn. The opposition will be decided this weekend when the Hornets and Acorn face each other for one of the remaining fourth round spots. 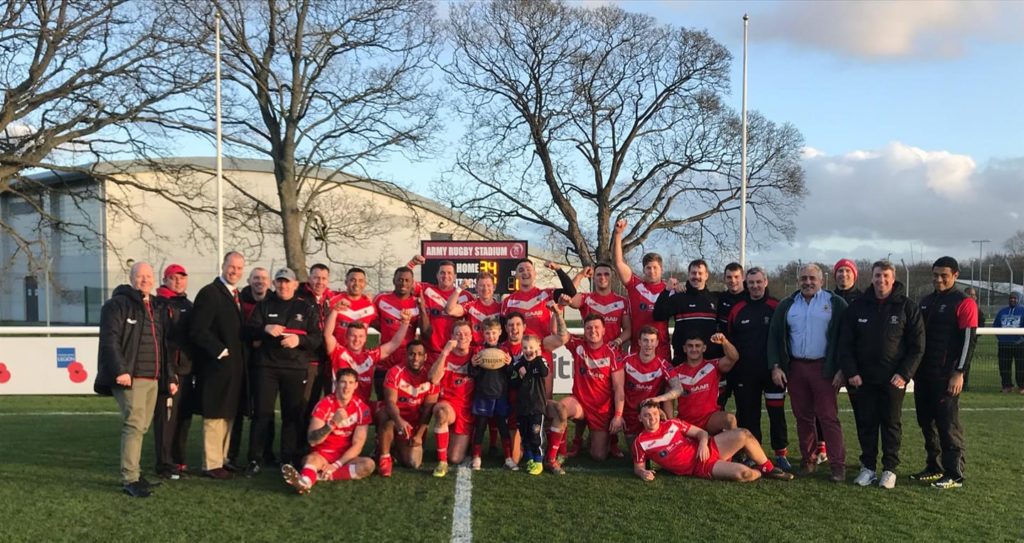