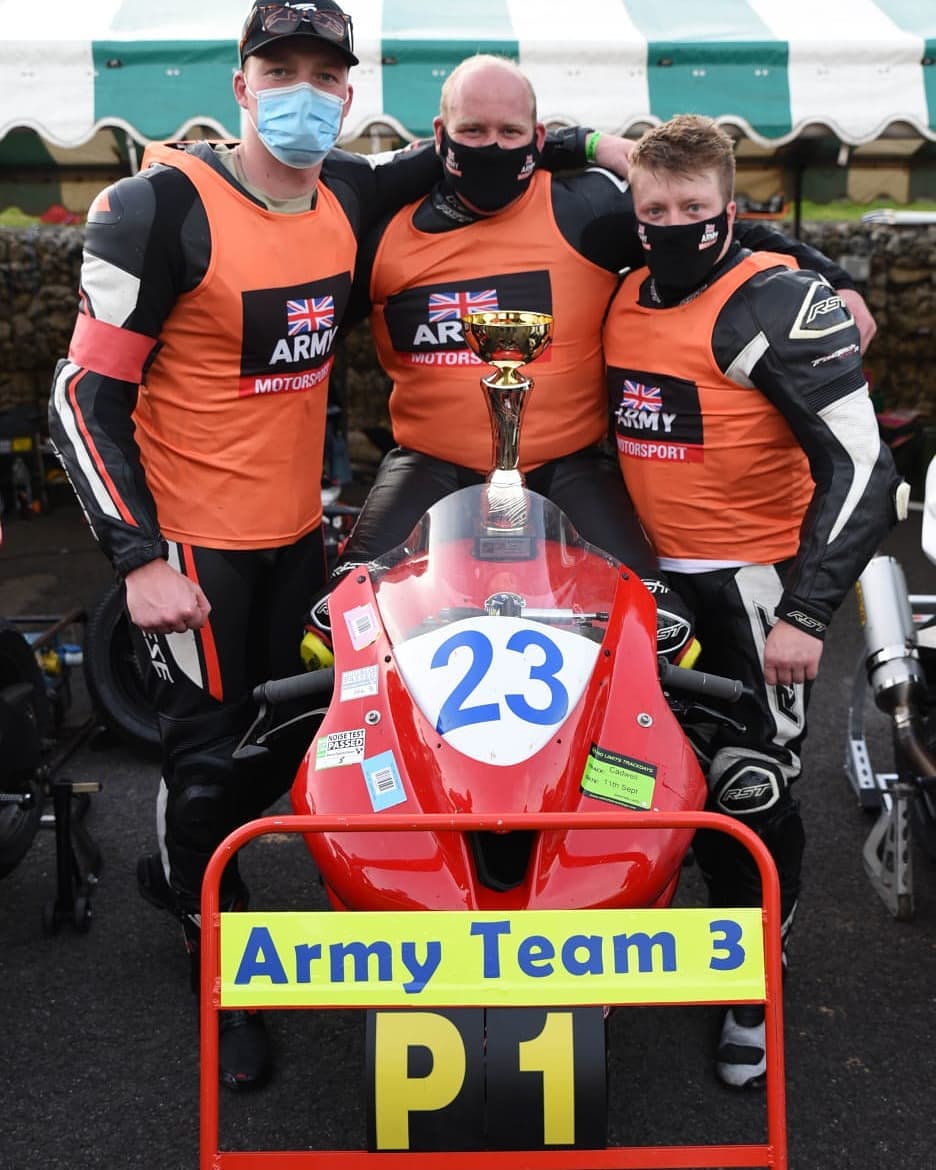 Army Motorcycle Team 3 won their first piece of silverwear by winning the All Novice Cup. Congratulations Cpl Clowse, Cpl Dawes, LCpl McAnerney.
Monday 7th September 2020:
Race Report from the Ducati Trioptions Cup:
Round 3 – Silverstone
Silverstone has never been one of those tracks we’ve really looked forward too, but with goals set we aimed to achieve.
Free practice – For Silverstone the championship was directed to use a different control tyre. The overall dimensions were a lot different, which changed the geometry of the bike and handling. We put a setting into the bike but it wasn’t great. Few pit stops and changes, we still didn’t find the required setting to go fast. We had a few hours from free practice until qualifying, so went for some set up advice from Ktech suspension.
Qualifying – Straight out the box the bike felt more stable and we were able to push a little harder. Dropping 1.4 secs a lap from free practice was a good jump, but with still more fine tuning to do for the race. Qualifying 15th for race 1.
Race 1 – The start was not great loosing a few positions due to this, we fought hard to get on the pack in first lap. On catching the pack, the racer in fronts bike started smoking and oil was spraying onto visor. The only thing we could do was back off, as it looked like a crash was likely and the lack of adhesion was causing slides for ourselves. It took over a lap for the racer to pull over. By this time a pack behind had gathered some pace and caught me up. With circa 20 over takes in just 5 laps with fellow riders, we finished the race in 14th. In the points but not what we wanted. Back to the drawing board for some mechanical and suspension changes for morning warm up.
Warm up – Using warm up to test clutch issues, we changed the suspension to see if we could iron out some pumping out our the fast corners. Clutch worked better but suspension and tyre combination was still not great.
Race 2 – We had to start further down the grid for this race due to lap times from race 1. We definitely felt like we had now finally found the key on the set up and Ktech were on hand to check and offer advise. The race started with an almighty wheelie, and lost a huge amount of places. The race was now on to fight back and get back into the points. The race was filled with great racing, with everyone’s lap times so close. The race finished with us just in the points in 15th but again made huge jump in lap times.
It’s been a tough weekend for us, but finished again both races with points in the bag, we’ve got to take the positives.
Massive thanks to all sponsors and supporters that make this happen. Also massive thanks to Roy and Luke for all the help and support over the weekend.
The look forward now is to round 4 at Oulton Park! One of our favourite circuits!
Photographs from Camipix Photography. 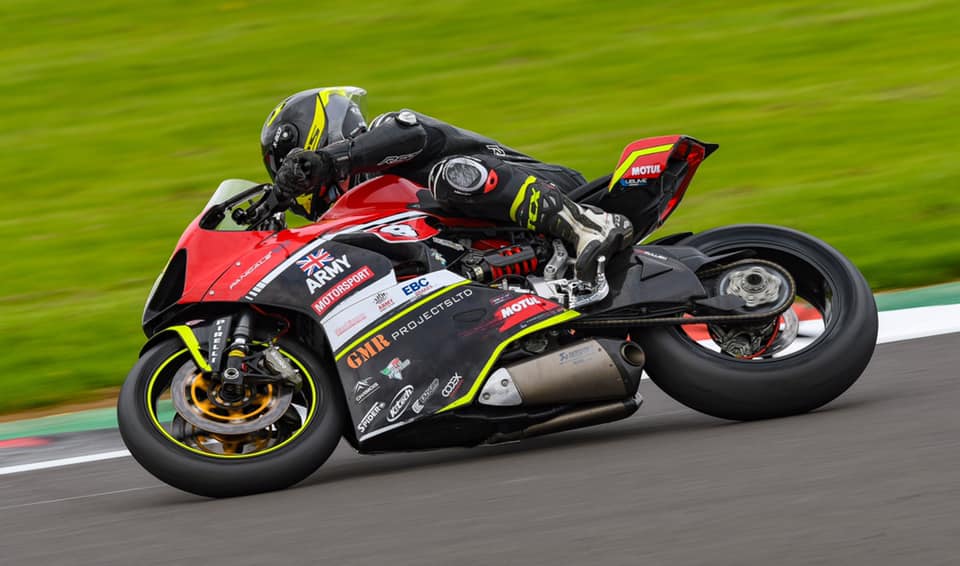 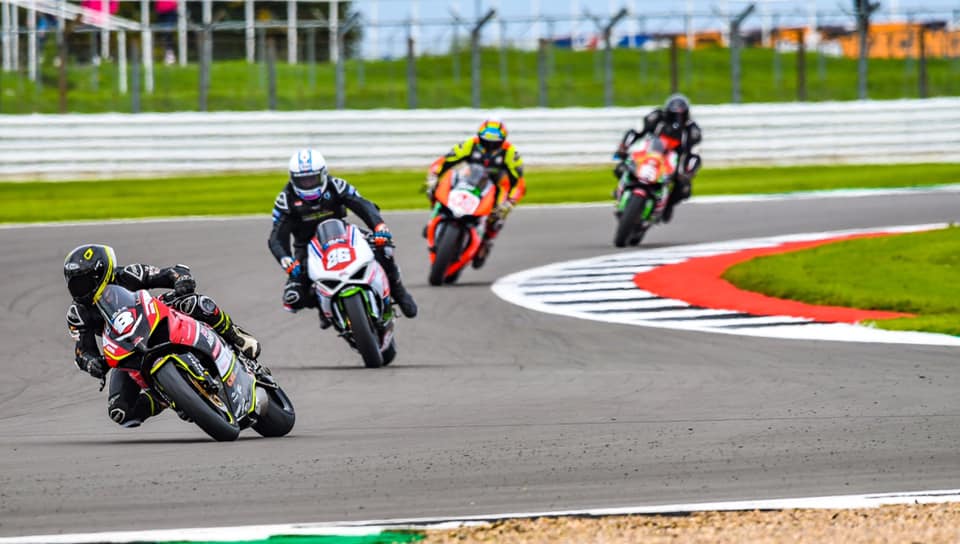 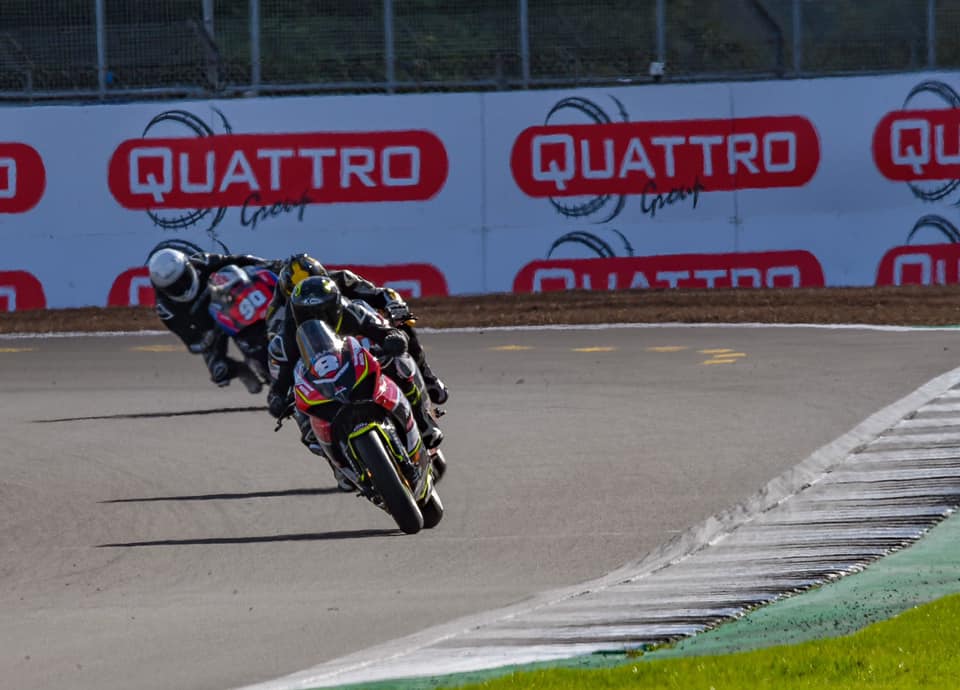 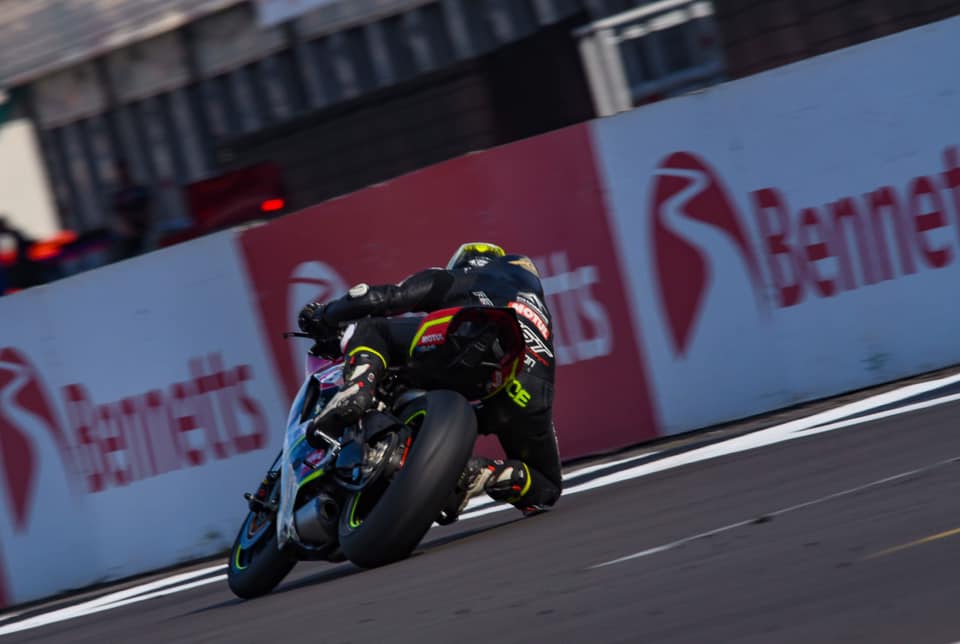 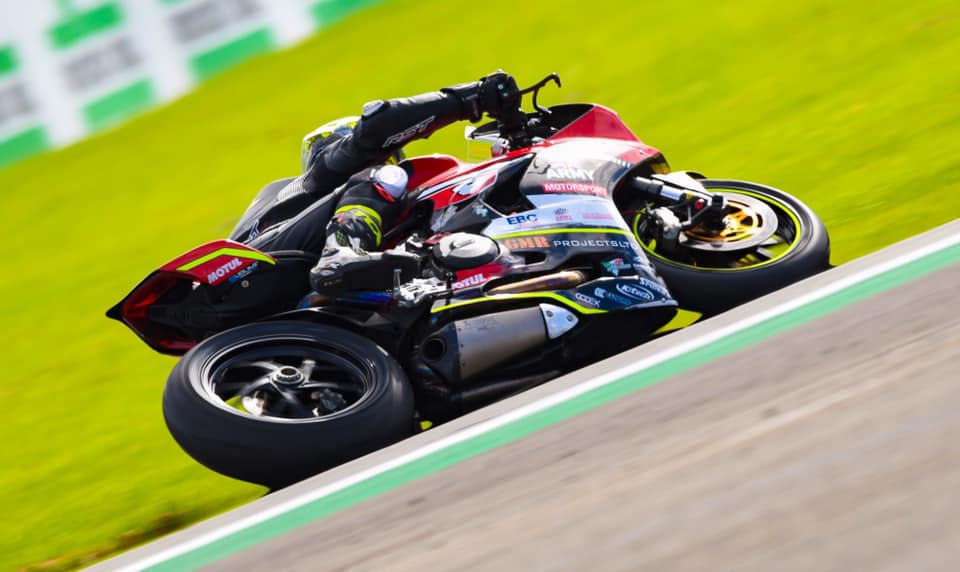 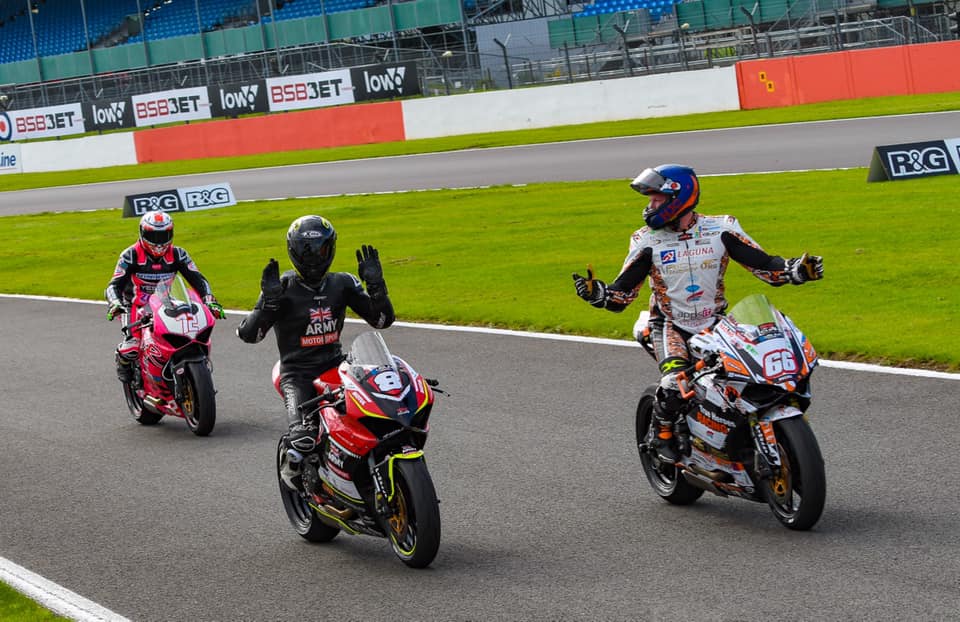