The British Army has joined forces with the nation’s high performance sports agency, UK Sport and the English Institute of Sport (EIS), in a collaborative venture to produce more medal-winning British Olympians from its ranks.

The Minister for Sport, Helen Grant MP, gave her firm backing to the initiative in wishing it every success. She said “The Army has traditionally been a great source of top sporting talent but the new Army Elite Sport Programme will take this up a level and help unearth more Olympic stars of the future. The chance to represent Team GB at the Tokyo 2020 Games is a fantastic opportunity for our Army personnel and I am sure that this partnership between UK Sport, the English Institute of Sport and the British Army will be a great success.”

The Army Elite Sport Programme is a new initiative launched using a £1.4m donation the British Army received for providing some of the security at the London 2012 Olympic and Paralympic Games.  This new collaboration will reach out into the garrisons and units to identify men and women in targeted sporting disciplines who possess the potential to go all the way to the podium in the Tokyo 2020 Olympics and beyond.

It has long been established that the values and standards demanded of a British soldier mirrors those of any aspiring champion wishing to climb to the top of their sport. Selfless commitment, courage, integrity, to name but three, when mixed with discipline and the Army’s fitness regime make for a very powerful combination. Sport, as any soldier will tell you, plays a fundamentally important part in their development and training, and inevitably the result is a rich seam of sporting achievement which courses through the regiments and corps of the British Army.

The remarkable achievements of Olympic Champion Captain Heather Stanning at London 2012, and more recently in the 2014 Rowing World Championships where she helped set a new world record have brought what the Army could provide to Great Britain’s Olympic ambitions into sharp focus. 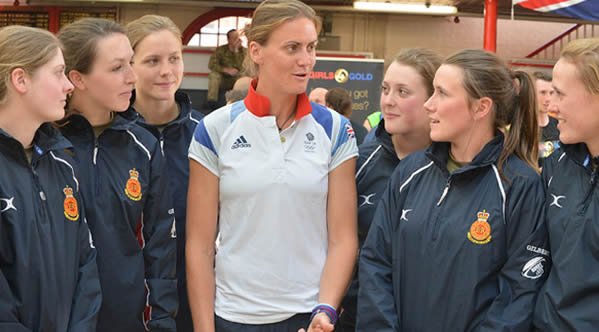 The establishment of the Army Elite Sport Programme will set out to exploit that rich seam of medal potential. The launch of the AESP six years ahead of the 2020 Tokyo Olympics is recognised as the time required to nurture and develop an Olympic hopeful into a medal contender. As part of the AESP, Talent Scientists from the EIS will run assessments in the garrison towns nationwide and further afield in Germany and Cyprus. They will identify potential individuals who can be fast-tracked in to sports’ World Class Programmes where there is an identified talent gap. The AESP will then ensure their military career can develop in harmony with the demands of their training programmes and competition commitments.

Rod Carr, Chair of UK Sport, said: “UK Sport is proud to be part of this innovative partnershipwith the British Army and is confident it will unearth some future Olympic medallists to make the nation proud.”

“The British Army has a rich tradition of supporting athletes and our experience tells us there will be personnel out there with the potential to be Olympic medallists but up until now they may not have had the opportunity to connect with the right sport or have the necessary support network to succeed.”

“This initiative will provide them with a wonderful opportunity to access the world class support services which allow them to reach their full athletic potential.”

Since 2007, UK Sport and the EIS have run ten national athlete recruitment projects assessing over 7,000 athletes who were previously unknown to the UK World Class system. These projects have already discovered 19 athletes who represented Great Britain at the 2012 London Olympic and Paralympic Games, including rower Helen Glover, who along with Captain Heather Stanning, won Great Britain’s first gold medal of the Games, and Taekwondo athlete Lutalo Muhammad, who won Olympic bronze. In addition Sochi 2014 Winter Olympic Skeleton champion Lizzy Yarnold was discovered.

The official launch of the Army Elite Sport Programme took place at the Army School of Physical Training in Aldershot – itself a sporting centre of excellence and was attended by Lieutenant General James Everard, Commander Land Forces, Brigadier John Donnelly, the Army’s Director of Personal Services, the National Director of the English Institute of Sport, Mr Nigel Walker and Chair of UK Sport, Mr Rod Carr. Current Olympic and World Champion Rower, Captain Heather Stanning was also there to explain her experiences as she embarked on her path to both military and sporting success. 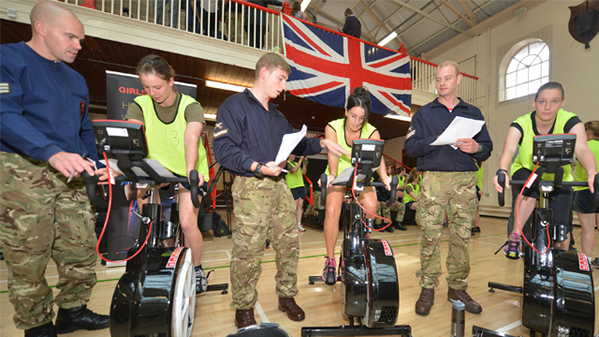